25 MAY 2014 - BANGKOK, THAILAND: Thai "Red Shirt" supporters of the ousted civilian government cry at a demonstration against the military junta. A family member of the woman on the left had been arrested by soldiers. Public opposition to the military coup in Thailand grew Sunday with thousands of protestors gathering at locations throughout Bangkok to call for a return of civilian rule and end to the military junta. PHOTO BY JACK KURTZ 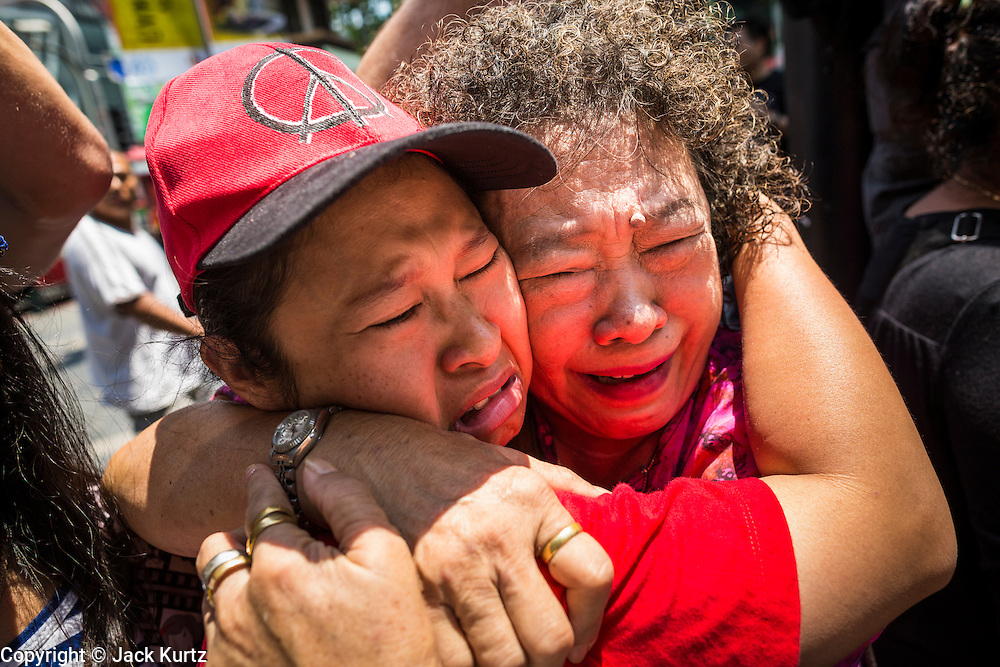