27 DECEMBER 2015 - SINGAPORE, SINGAPORE: A Hindu priest performs a religious ritual at the Sri Mariamman temple in Singapore. The Sri Mariamman Temple is Singapore's oldest Hindu temple. It is an agamic temple, built in the Dravidian style. The temple is in the downtown Chinatown district, and serves Hindu Singaporeans and Tamilians. Due to its architectural and historical significance, the temple has been gazetted a National Monument and is a major tourist attraction. The Sri Mariamman Temple was founded in 1827 by Naraina Pillai, eight years after the East India Company established a trading settlement in Singapore. PHOTO BY JACK KURTZ 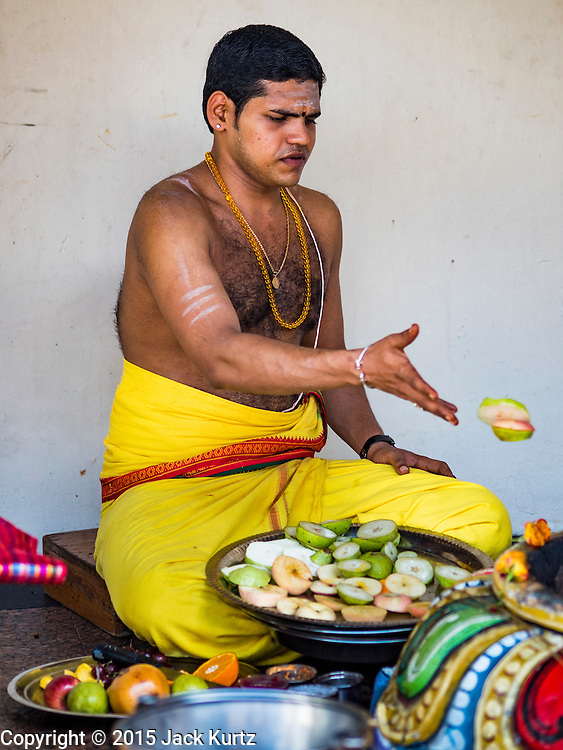