14 JANUARY 2014 - BANGKOK, THAILAND: Anti-government protestors blow horns and whistles in front of Royal Thai Police headquarters. The whistle has emerged as the protestors' main weapon against the government. Hundreds of protestors picketed police headquarters because they accuse the police of siding with the government during the protests. Tens of thousands of Thai anti-government protestors continued to block the streets of Bangkok Tuesday to shut down the Thai capitol. The protest, "Shutdown Bangkok," is expected to last at least a week. Shutdown Bangkok is organized by People's Democratic Reform Committee (PRDC). It's a continuation of protests that started in early November. There have been shootings almost every night at different protests sites around Bangkok, but so far Shutdown Bangkok has been peaceful. The malls in Bangkok are still open but many other businesses are closed and mass transit is swamped with both protestors and people who had to use mass transit because the roads were blocked. PHOTO BY JACK KURTZ 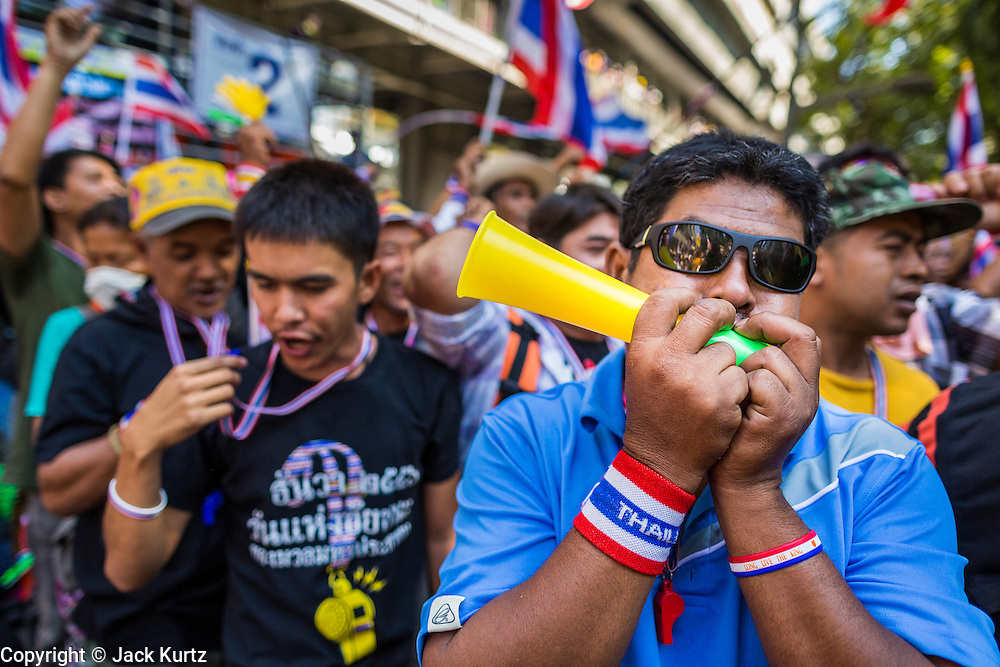