10 SEPTEMBER 2003 - CANCUN, QUINTANA ROO, MEXICO: Lee Kyung-hae, left, and another Korean anti-globalization protestor, string up a banner from atop the fence separating the downtown area from the hotel zone in Cancun, Quintana Roo, Mexico during a protest against the WTO Wednesday. Kyung-hae killed himself during the protest moments later when he stabbed himself in the chest and then fell or jumped from a nearby rooftop. Tens of thousands of people opposed to the WTO have come to this Mexican resort city to protest the 5th Ministerial meeting of the World Trade Organization. The WTO meetings are taking place in the hotel zone of Cancun, about 10 miles from the protestors. PHOTO BY JACK KURTZ 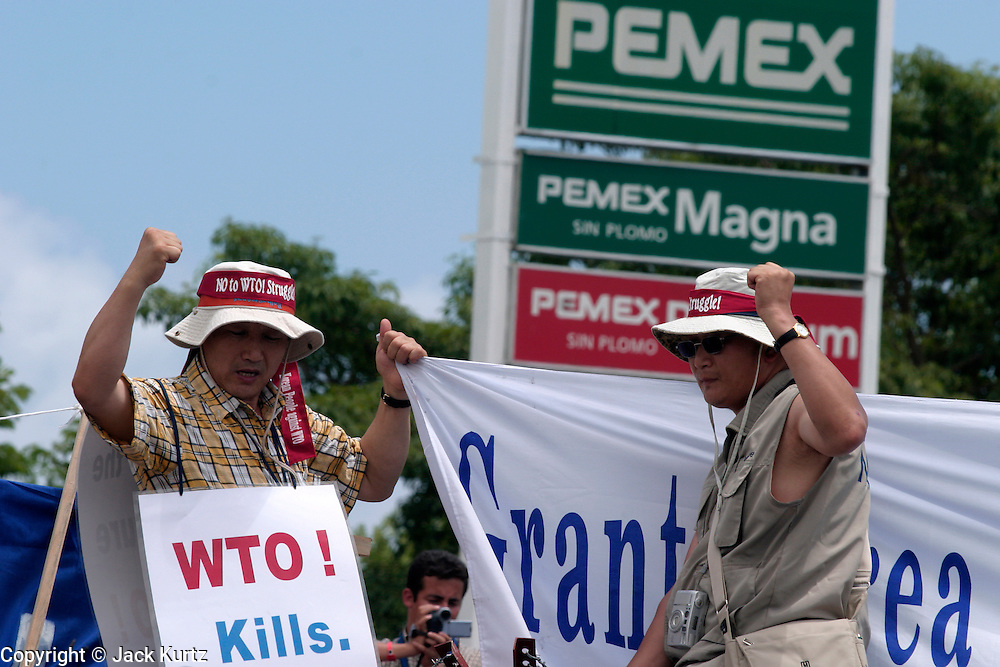