03 NOVEMBER 2016 - BANGKOK, THAILAND: A street vendor selling mourning clothes for women working on "Soi Cowboy," one of Bangkok's best known "adult entertainment districts." Bangkok's infamous nightlife has been scaled back during the mourning period for the late Bhumibol Adulyadej, King of Thailand. The revered King died on 13 October 2016 at age 88. The government declared a year of mourning. The government ordered Thailand's notorious adult entertainment districts to turn off their neon lights, dress employees in black and ensure that music can't be heard on the street in front of the venues for 30 days, the government said the entertainment venues could resume normal operations on 14 November. PHOTO BY JACK KURTZ 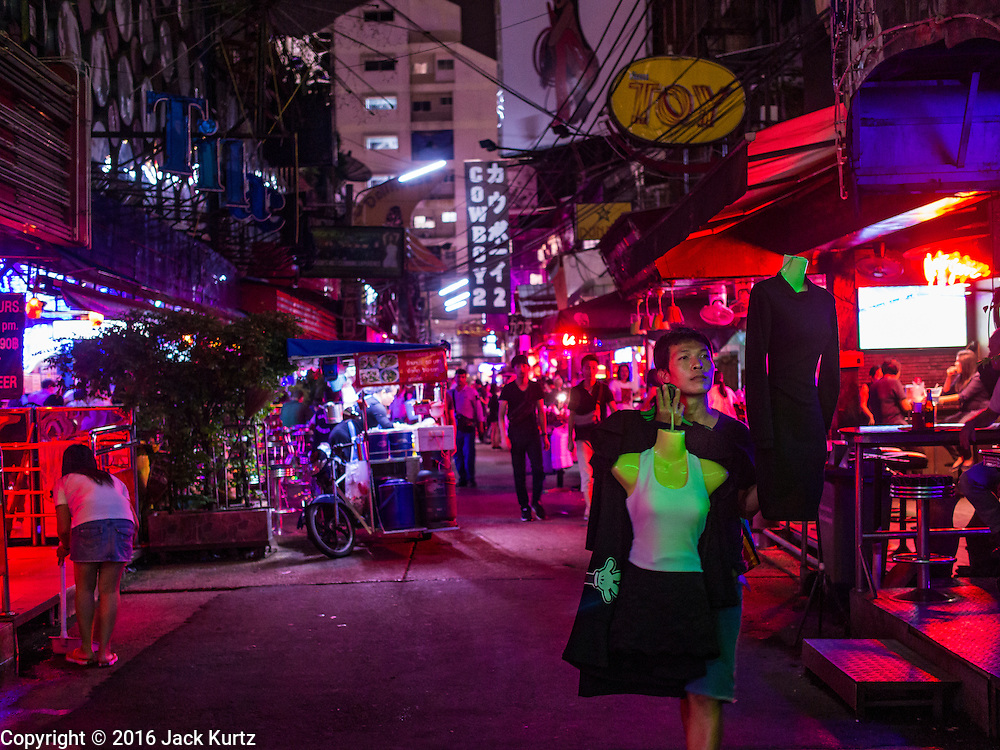