03 NOVEMBER 2012 - HAT YAI, SONGKHLA, THAILAND: A man looks for people in the crowd to bet with at the bullfighting arena in Hat Yai, Songkhla, Thailand. Bullfighting is a popular past time in southern Thailand. Hat Yai is the center of Thailand's bullfighting culture. In Thai bullfights, two bulls are placed in an arena and they fight, usually by head butting each other until one runs away or time is called. Huge amounts of mony are wagered on Thai bullfights - sometimes as much as 2,000,000 Thai Baht ($65,000 US). PHOTO BY JACK KURTZ 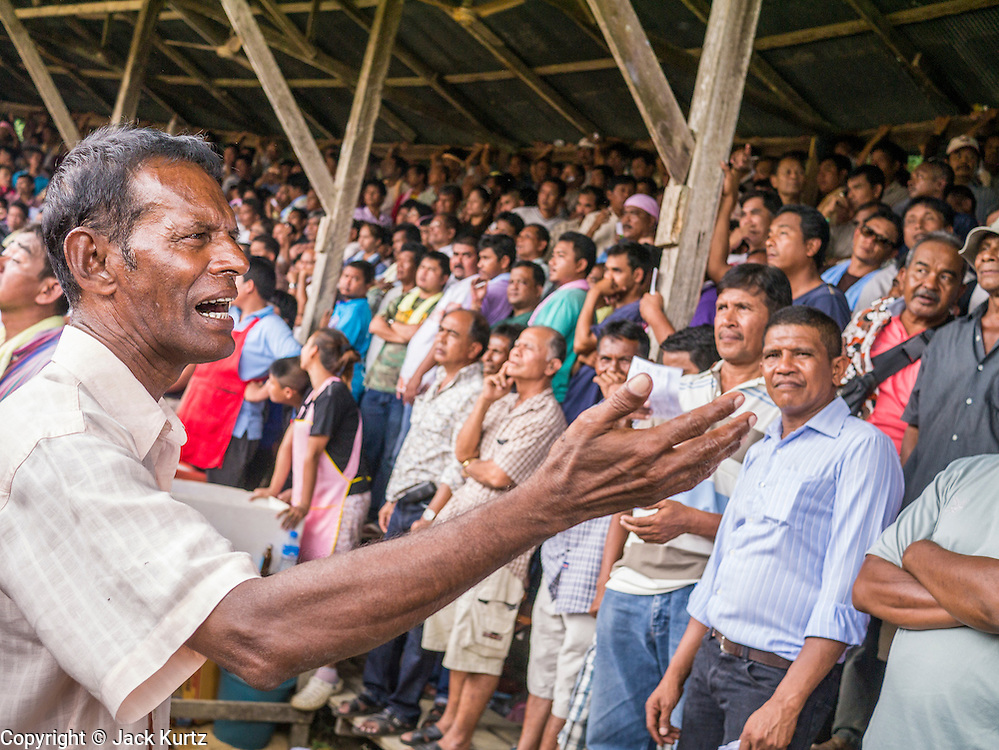