21 APRIL 2014 - CHIANG SAEN, CHIANG RAI, THAILAND: A shipment of computer parts made in Thailand is loaded onto a Laotian flagged river boat for shipment to China in the commercial port in Chiang Saen, Thailand. Water levels in the port are at near record lows. Normally the water is near the top of the concrete wall, but currently it's almost 15 feet below that. Chiang Rai province in northern Thailand is facing a drought this year. The 2014 drought has been brought on by lower than normal dry season rains. At the same time, closing dams in Yunnan province of China has caused the level of the Mekong River to drop suddenly exposing rocks and sandbars in the normally navigable Mekong River. Changes in the Mekong's levels means commercial shipping can't progress past Chiang Saen. Dozens of ships are tied up in the port area along the city's waterfront. PHOTO BY JACK KURTZ 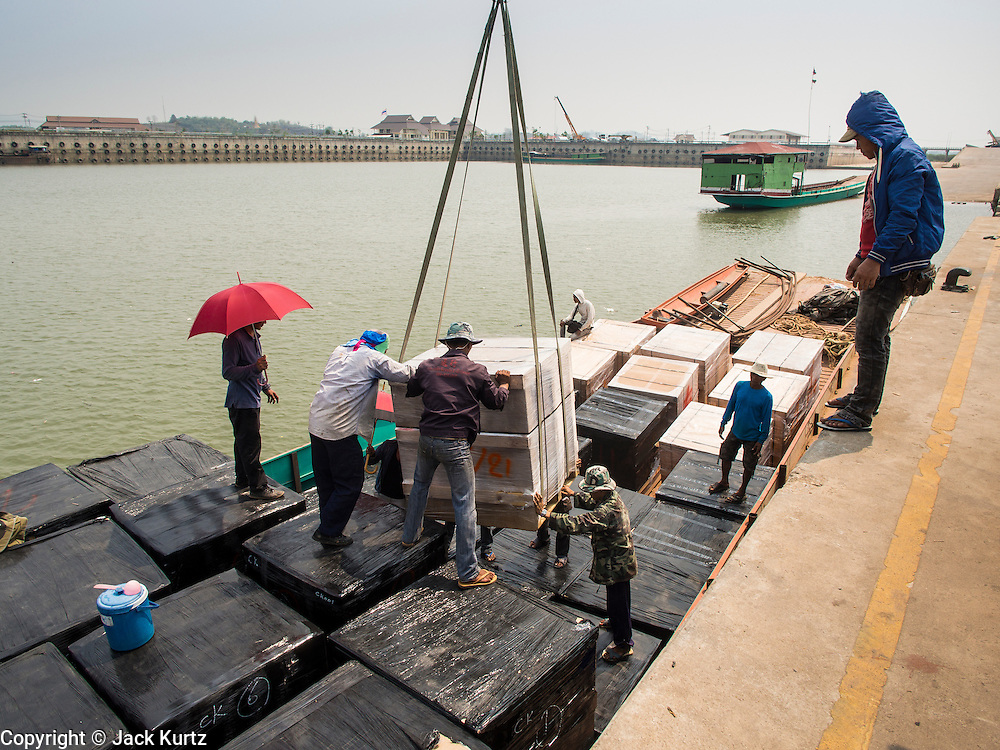