29 JUNE 2013 - BATTAMBANG, CAMBODIA: A worker in a rice mill brings bags of milled rice out to a waiting customer. The mill is next to the tracks that carry the "bamboo trains." The bamboo train, called a norry (nori) in Khmer is a 3m-long wood frame, covered lengthwise with slats made of ultra-light bamboo, that rests on two barbell-like bogies, the aft one connected by fan belts to a 6HP gasoline engine. The train runs on tracks originally laid by the French when Cambodia was a French colony. Years of war and neglect have made the tracks unsafe for regular trains. Cambodians put 10 or 15 people on each one or up to three tonnes of rice and supplies. They cruise at about 15km/h. The Bamboo Train is very popular with tourists and now most of the trains around Battambang will only take tourists, who will pay a lot more than Cambodians can, to ride the train. PHOTO BY JACK KURTZ 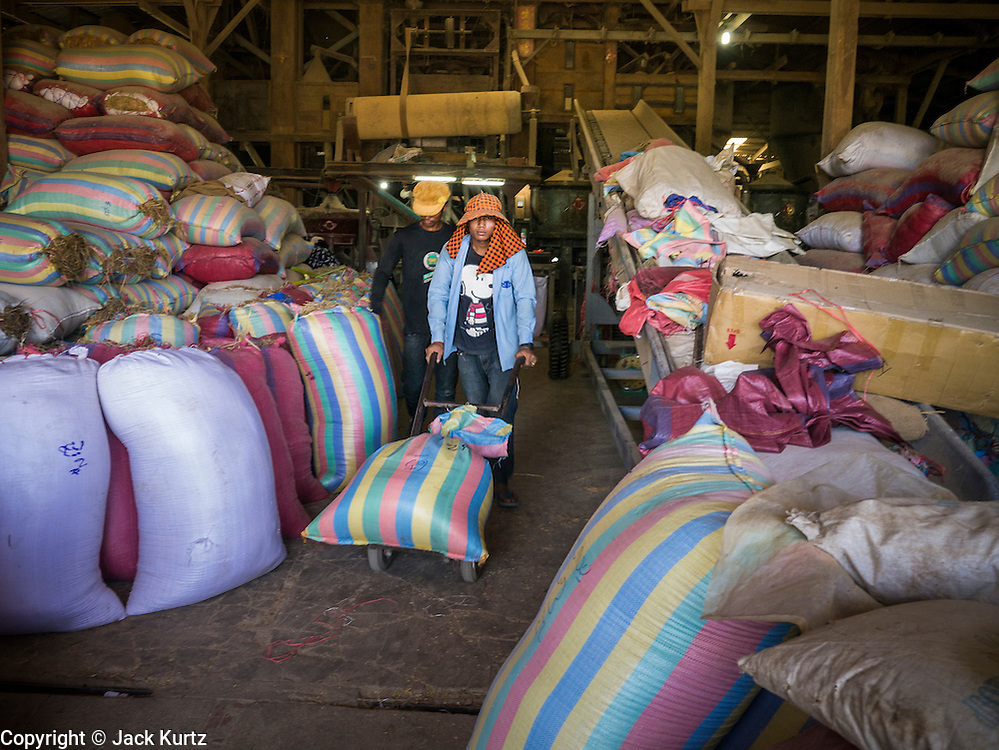