19 SEPTEMBER 2015 - BANGKOK, THAILAND: Anti-coup protestors march to Democracy Monument during a rally against the military government. The sign they are carrying says, "Let's Declare Victory and Step Over Dictatorial Power." Hundreds of people protested against Thailand's military dominated government Saturday. The protest started with seminar about the 2006 coup that deposed popularly elected former Prime Minister Thaksin Shinawatra. After the seminar activists marched from Thammasat University to Democracy Monument, about 1 mile. Political gatherings of more than 5 people are banned by Thailand's military government and police tried to dissuade the protestors from finishing their march. Protestors ignored the police, who then stood by and watched but made no effort to intervene. At Democracy Monument protestors laid flowers and made speeches against the military. It was the largest anti-coup protest in Bangkok in more than a year. PHOTO BY JACK KURTZ 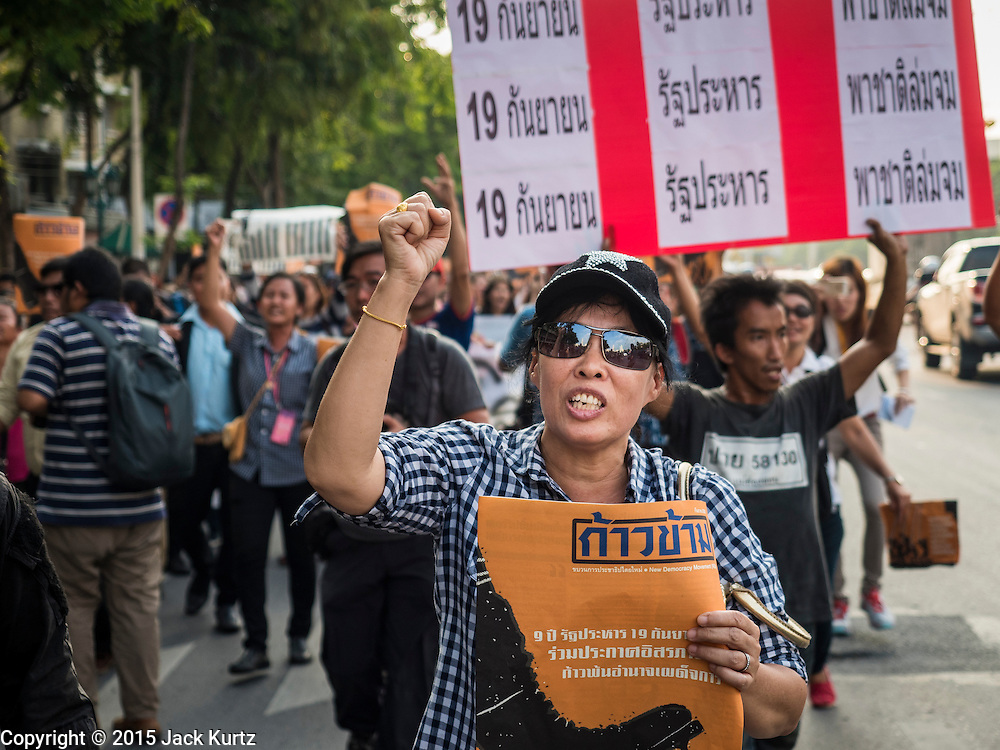