23 MAY 2013 - MAE SOT, TAK, THAILAND: Burmese scramble up the Moei Riverbank after crossing into Thailand at an unofficial border crossing point. Myawaddy is in the background. Fifty years of political turmoil in Burma (Myanmar) has led millions of Burmese to leave their country. Many have settled in neighboring Thailand. Mae Sot, on the Mae Nam Moei (Moei River) is the center of the Burmese emigre community in central western Thailand. There are hundreds of thousands of Burmese refugees and migrants in the area. Many live a shadowy existence without papers and without recourse if they cross Thai authorities. The Burmese have their own schools and hospitals (with funding provided by NGOs). Burmese restaurants and tea houses are common in the area. PHOTO BY JACK KURTZ 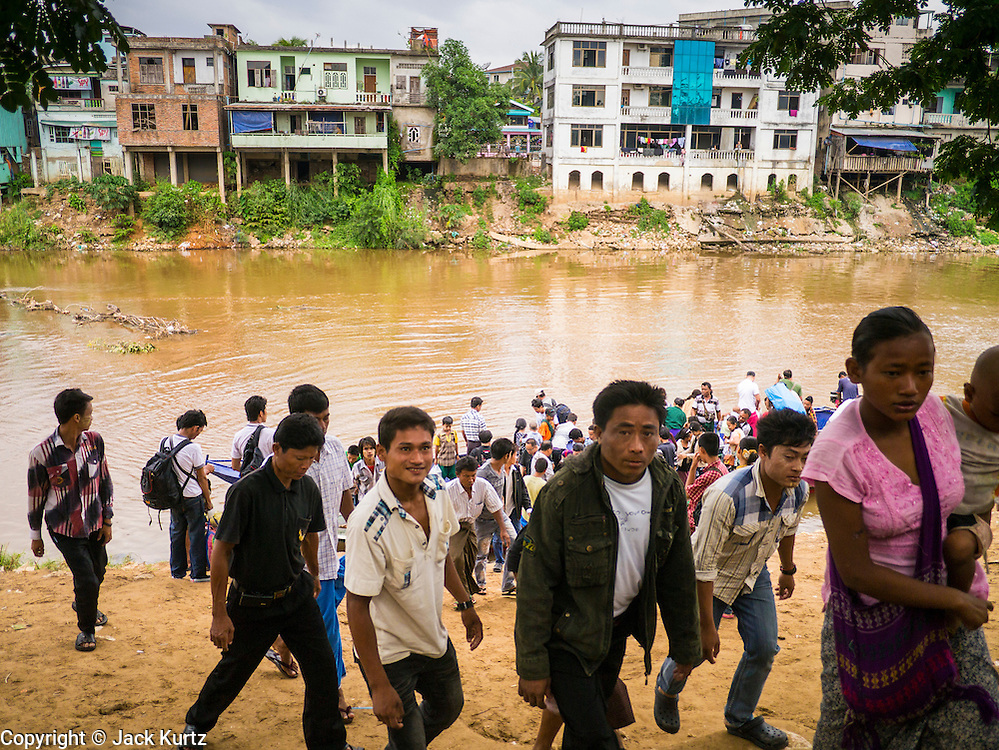