27 NOVEMBER 2008 -- PHOENIX, AZ: Arizona Governor Janet Napolitano talks to Ronald McDonald during a Thanksgiving breakfast at a McDonald's restaurant in Phoenix, AZ. Napolitano, an early supporter of then Illinois Senator now President Elect Barack Obama, has been widely rumored to be Obama's choice for Secretary of the United States Department of Homeland Security. Napolitano, a Democrat, was the US Attorney for Arizona during the Clinton Administration, elected to Arizona Attorney General and, in 2002, elected Governor of Arizona. She was reelected in 2006. She has been a strong supporter of increased border enforcement. Photo by Jack Kurtz / ZUMA Press 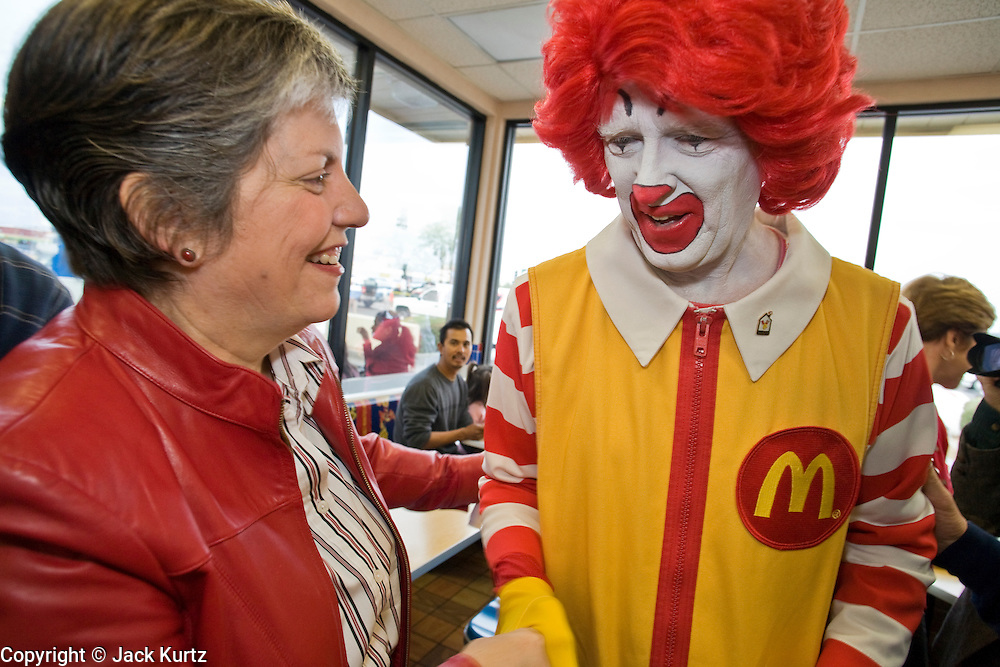