23 NOVEMBER 2012 - BANGKOK, THAILAND: Members of the Pitak Siam anti-government group in Bangkok set up the stage for their protest in front of a statue of Thai King Rama V in Bangkok Friday. Thai authorities have imposed the Internal Security Act (ISA), that enables police to call on the army if needed to keep order, and placed thousands of riot police in the streets around Government House in anticipation of a large anti-government protest Saturday. The group sponsoring the protest, Pitak Siam, said up to 500,000 people could turn out to protest against the government. They are protesting against corruption in the current government and the government's unwillingness to arrest or pursue fugitive former Prime Minister Thaksin Shinawatra, deposed in 2006 coup and later convicted on corruption charges. The current Thai Prime Minister is Yingluck Shinawatra, Thaksin's sister. PHOTO BY JACK KURTZ 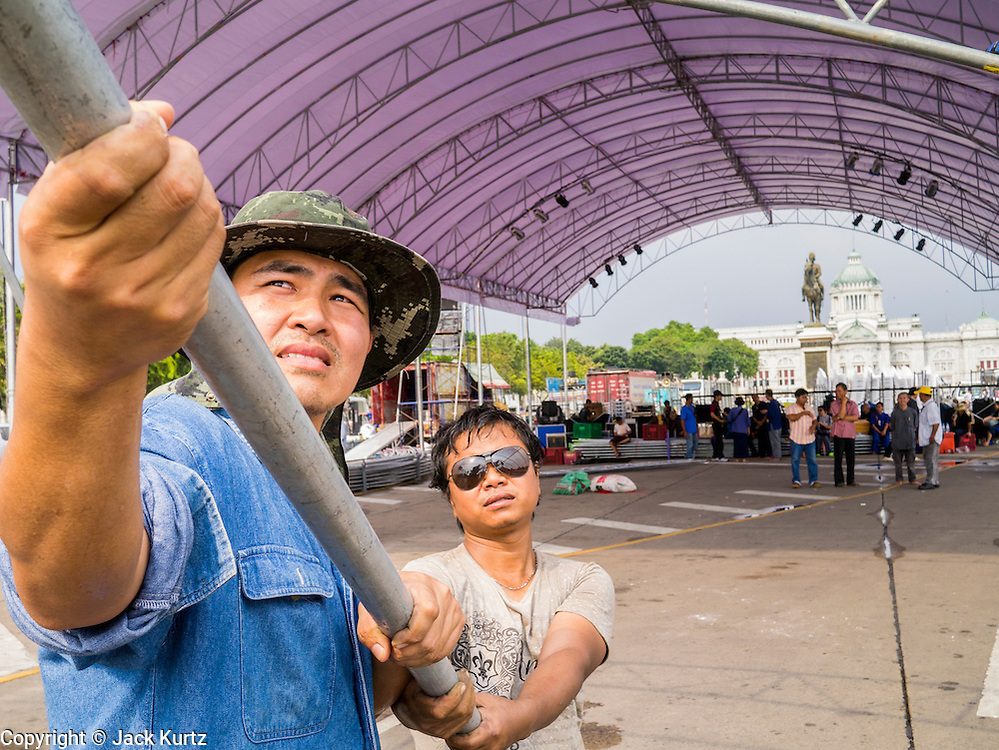