24 MAY 2017 - BANGKOK, THAILAND: Just completed wooden roses at the Emporium, an upscale shopping mall in Bangkok, the roses will be used during the cremation of Bhumibol Adulyadej, the Late King of Thailand. In Thai culture it is customary to place wooden flowers in front of a deceased person's coffin or urn as a last tribute before cremation. The Royal Cremation Organisation Committee, which is overseeing plans for the cremation of Bhumibol Adulyadej, the Late King of Thailand, asked the Bangkok Metropolitan Administration (BMA) to provide three million wooden flowers for the late King's cremation. The BMA, in turn, has asked malls and civic organizations to provide flowers. The Mall Group, which owns Emporium, has pledged to provide up to one million wooden "Wiangping" roses, which in Thai culture symbolize unconditional love. The late King will be cremated October 26, 2017. PHOTO BY JACK KURTZ 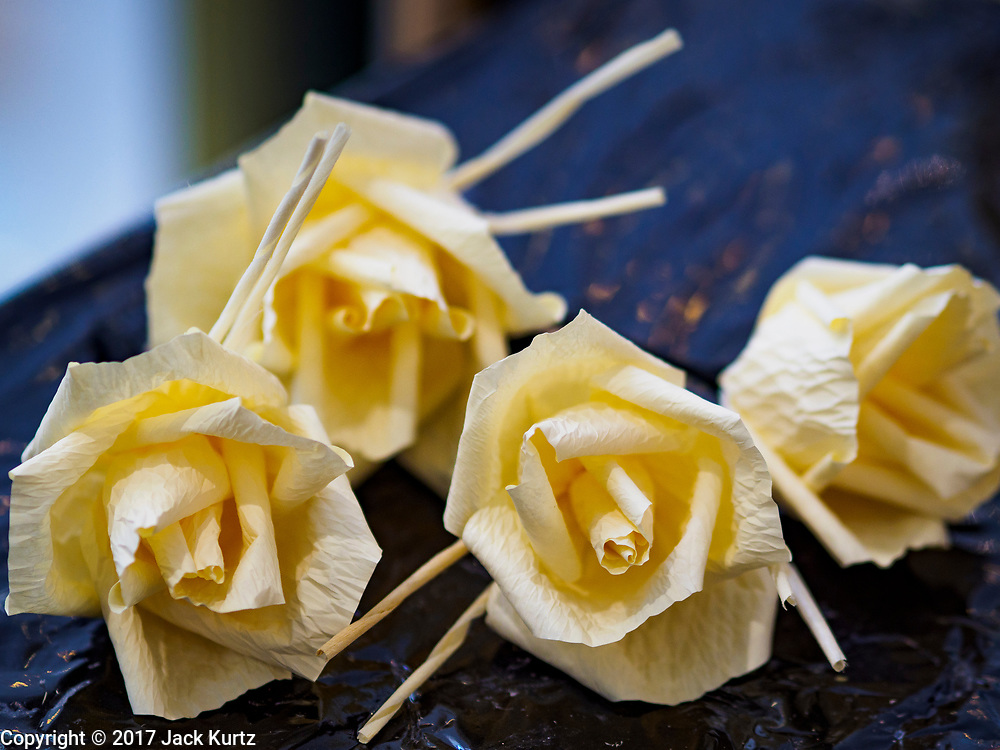