20 MAY 2010 - BANGKOK, THAILAND: Thai soldiers men who did not have their ID cards during mopping up operations Thursday near the Ratchaprasong Intersection in Bangkok Thursday. The men were ultimately released. The day after a military crackdown killed at least six people, Thai authorities continued mopping up operations around the site of the Red Shirt rally stage and battle fires set by Red Shirt supporters in the luxury malls around the intersection. PHOTO BY JACK KURTZ 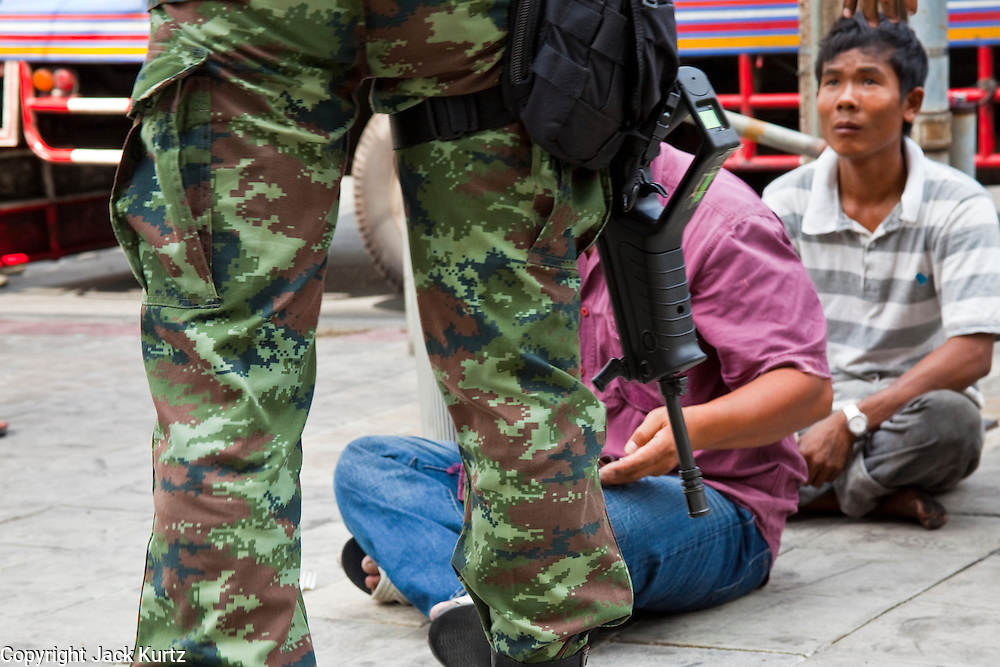