22 MARCH 2018 - BANGKOK, THAILAND: A woman walks past where her home used to be on Khlong Lat Phrao. She can't afford the alternative housing city officials arranged for her. Bangkok officials are evicting about 1,000 families who have set up homes along Khlong Lat Phrao in Bangkok, the city says they are "encroaching" on the khlong. Although some of the families have been living along the khlong (Thai for "canal") for generations, they don't have title to the property, and the city considers them squatters. The city says the residents are being evicted so the city can build new embankments to control flooding. Most of the residents have agreed to leave, but negotiations over compensation are continuing for residents who can't afford to move. PHOTO BY JACK KURTZ 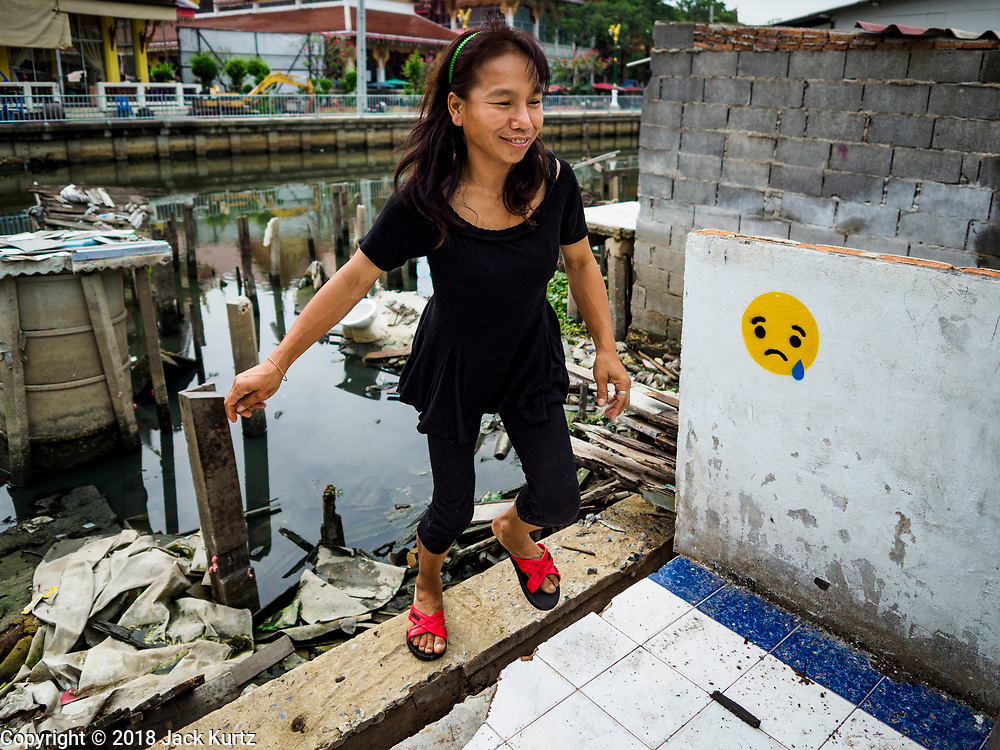