29 OCTOBER 2016 - BANGKOK, THAILAND: People stand in front of the wall of the Grand Palace and hold up their portraits of the late Bhumibol Adulyadej, the King of Thailand, after they paid homage to His Majesty. Saturday was the first day Thais could pay homage to the funeral urn of the late Bhumibol Adulyadej, King of Thailand, at Dusit Maha Prasart Throne Hall in the Grand Palace. The Palace said 10,000 people per day would be issued free tickerts to enter the Throne Hall but by late Saturday morning more than 100,000 people were in line and the palace scrapped plans to require mourners to get the free tickets. Traditionally, Thai Kings lay in state in their urns, but King Bhumibol Adulyadej is breaking with tradition. His urn reportedly contains some of his hair, but the King is in a coffin, not in the urn. The laying in state will continue until at least January 2017 but may be extended. PHOTO BY JACK KURTZ 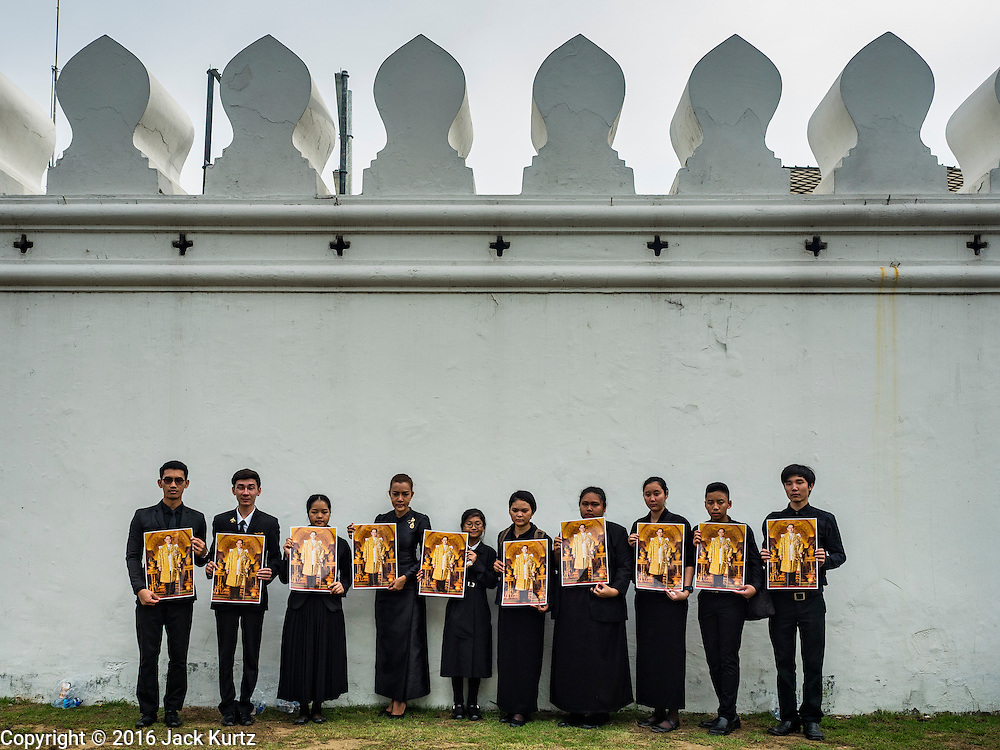