14 FEBRUARY 2011 - PHOENIX, AZ: US Congressman JEFF FLAKE at a press conference to announce that he is running for the US Senate seat being vacated by retiring US Sen. Jon Kyl before Flake's press conference in Phoenix, Monday, Feb.14. Congressman Flake has been in the US House of Representatives since 2001. He is considered a conservative Republican but supports loosening sanctions against Cuba and some form of comprehensive immigration reform. He represents a conservative neighborhood in Mesa, AZ, a suburb of Phoenix. Photo by Jack Kurtz 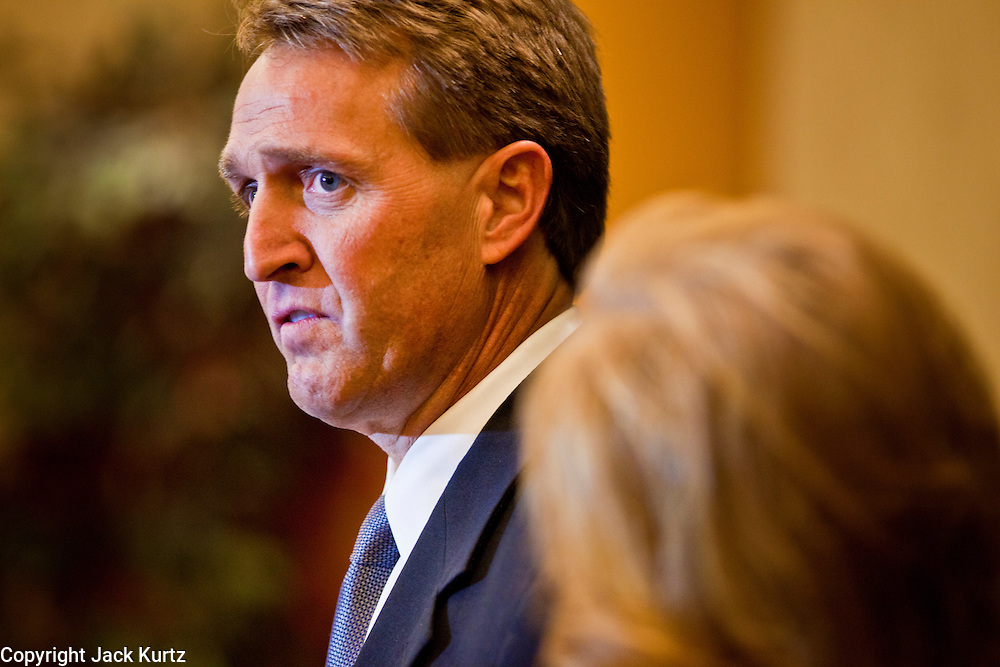