22 MAY 2014 - BANGKOK, THAILAND: A woman in the Cowboy 2, a bar in the Soi Cowboy "adult entertainment" district, checks her smart phone while the TV above her broadcasts the Thai army announcement of a coup replacing the civilian government. The Thai army suspended civilian rule, suspended the constitution and declared the "military takeover of the nation." The announcement came just before evening as a meeting between civilian politicians and the army was breaking up with no progress towards resolving the country's political impasse. Civilian politicians were arrested when the meeting ended. The army also declared a curfew from 10PM until 5AM. PHOTO BY JACK KURTZ 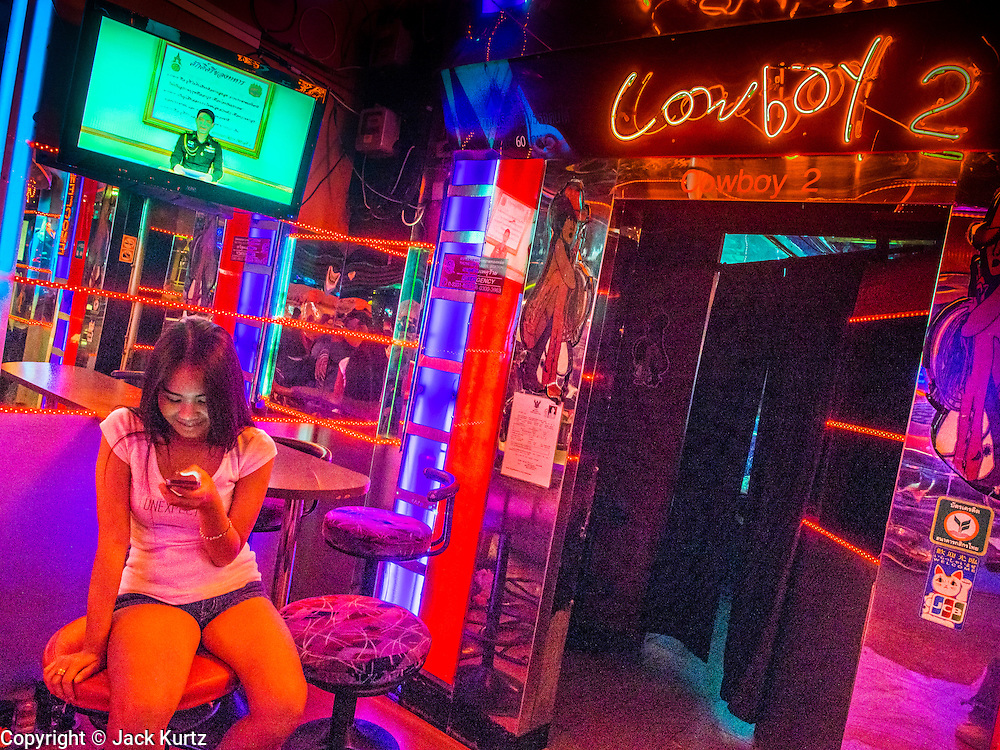