11 MAY 2013 - BANGKOK, THAILAND: A Yellow Shirt protester with a guitar shaped like an assault rifle performs in the Yellow Shirt encampment on Sanam Luang. A faction of the Yellow Shirts are camping at Sanam Luang, the royal parade ground in front of the Grand Palace, to show support for the Thai monarchy and the Thai Constitutional Court. The court has become a flash point in Thai politics because Red Shirts claim the court is biased against them and have been protesting against the court, calling for the justices' ouster and replacement with justices more open to the Red Shirts. The Yellow Shirt protest at Sanam Luang is calling for the Justices to remain on the court. PHOTO BY JACK KURTZ 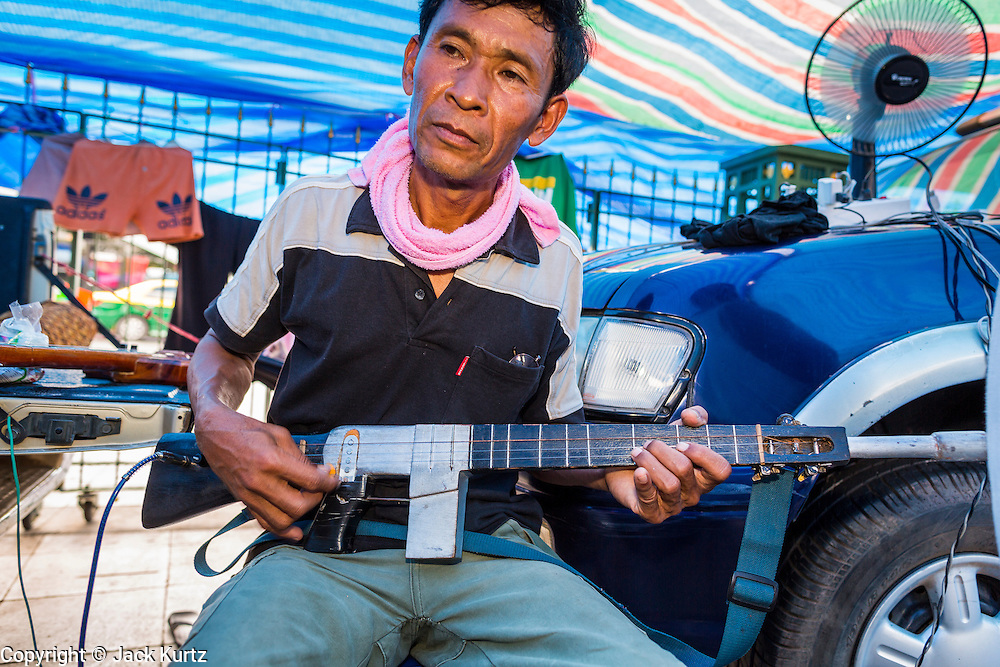