14 AUGUST 2015 - BANGKOK, THAILAND: A Burmese man sells betel to Burmese workers in Saphan Pla fish market in Bangkok. The workers in the market are Thai and Burmese but only the Burmese still chew betel. Chewing betel was banned by Thai Prime Minister Field Marshal Plaek Pibulsonggram in 1942 and only very old Thais, mostly women, still chew betel in Thailand. Saphan Pla fish market is the wholesale fish market that serves Bangkok. Most of the fish sold in Saphan Pla is farmed raised fresh water fish. The market is open 24 hours but it's busiest in the middle of the night and then again from about 7.30 until 11 in the morning. PHOTO BY JACK KURTZ 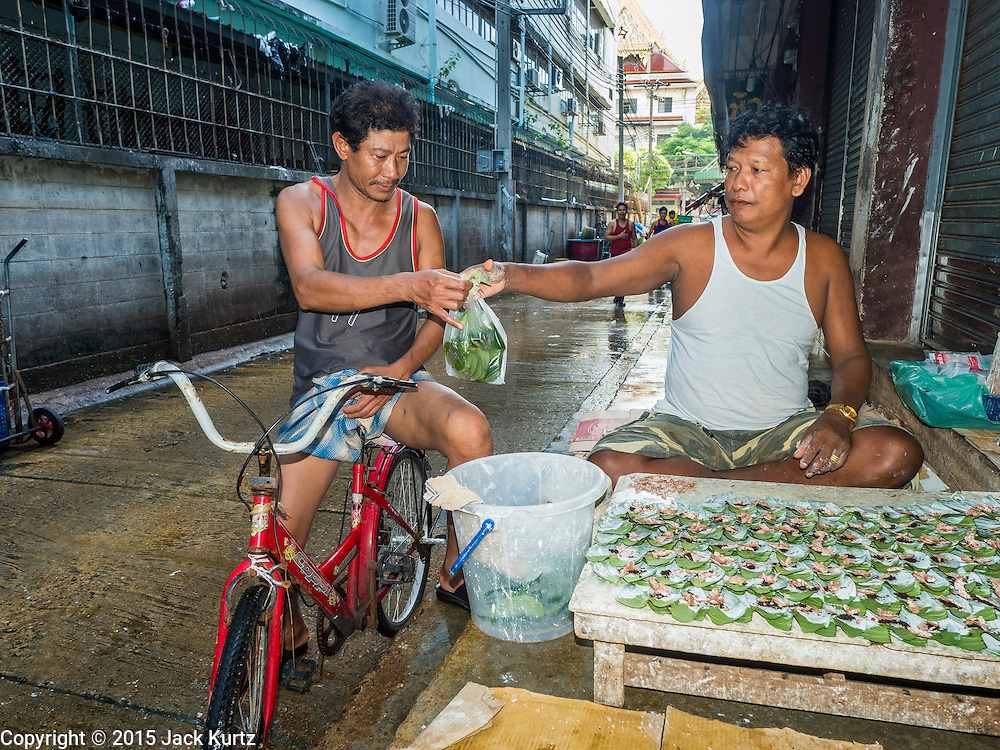