21 AUGUST 2014 - BANGKOK, THAILAND: Air Chief Marshall ARKHOM KANCHANAHIRUN (center) of the Royal Thai Air Force and a member of the National Legislative Assembly (NLA) waits with other members of the NLA for their group picture to be made before meeting to select a new Prime Minister. The Thai National Legislative Assembly (NLA) met Thursday at the Parlimanet Building in Bangkok to select a new Prime Minster. The NLA was hand selected by the Thai junta, formally called the National Council for Peace and Order (NCPO), and is supposed to guide Thailand back to civilian rule after a military coup overthrew the elected government in May. The NLA unanimously selected General Prayuth Chan-ocha, commander of the Thai Armed Forces and leader of the coup in May that deposed the elected civilian government, as Prime Minister. Prayuth is Thailand's 29th Prime Minister since the 1932 coup that created Thailand's constitutional monarchy. PHOTO BY JACK KURTZ 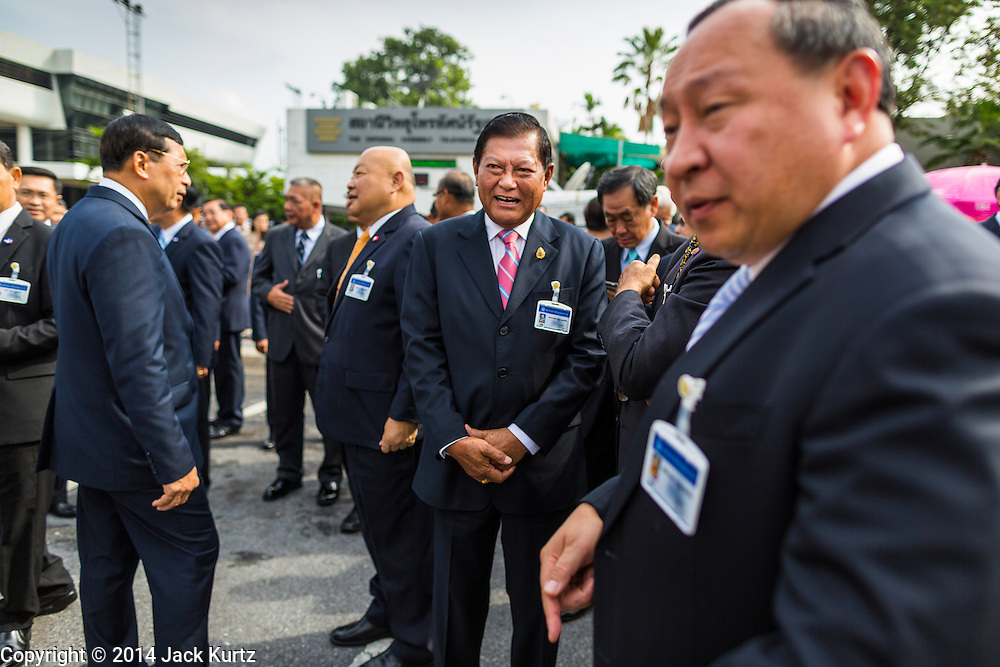