28 JANUARY 2012 - BUCKEYE, AZ: Participants ride their horses in front of large inflatable Arizona flag during the Buckeye Days parade. The Buckeye Days parade went through downtown Buckeye, AZ, an agricultural community about 45 miles west of Phoenix. The parade was one the first events to mark Arizona's centennial celebration. Arizona was admitted to the United States on Feb 14, 1912, making it the 48th state in the union. The state celebrates its 100th birthday with a series of events on Feb. 14, 2012. PHOTO BY JACK KURTZ 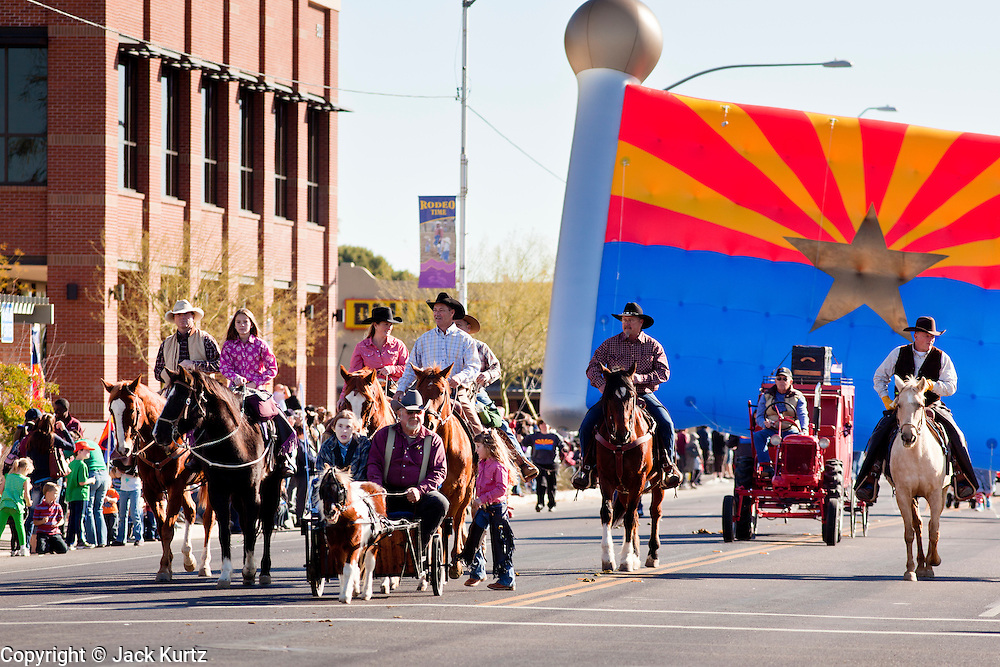