27 MAY 2014 - BANGKOK, THAILAND: CHATURON CHAISANG turns to wave to reporters and supporters after he was arrested by Thai Army soldiers at the Foreign Correspondents' Club of Thailand during a press conference. Chaturon, a former Deputy Prime Minister and Education Minister and a senior member of the Pheu Thai Party (the party of the elected civilian government) was arrested by military authorities in Bangkok while he was talking to reporters at the Foreign Correspondents' Club of Thailand. A squad of soldiers came into the packed FCCT dining room, confronted Chaturon and led him to a waiting van. PHOTO BY JACK KURTZ 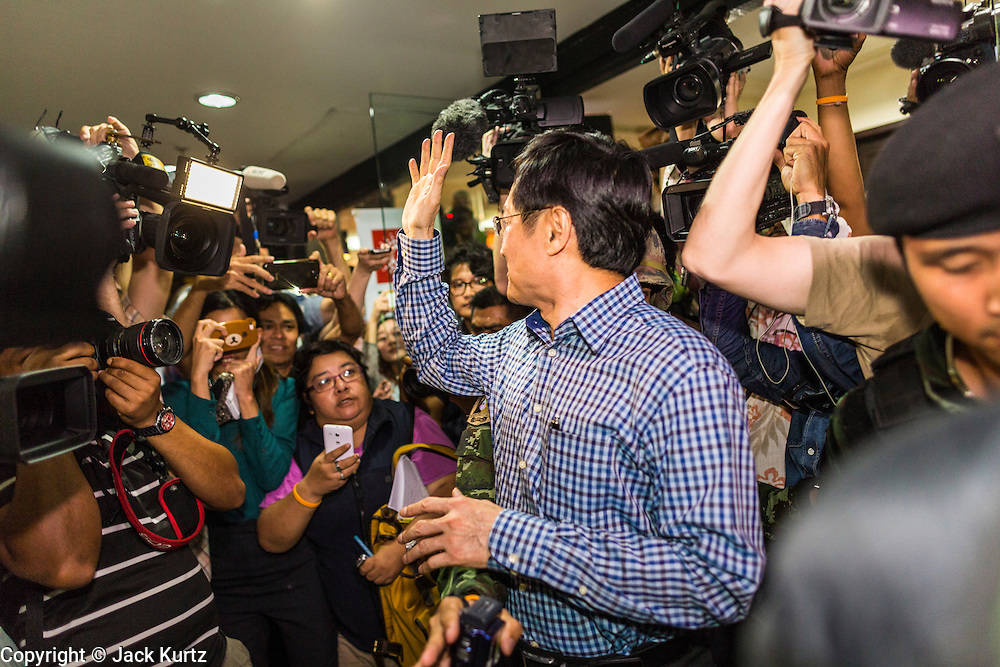