11 JANUARY 2007 - LEON, NICARAGUA: A man rides his bicycle past colorful homes in Leon, Nicaragua. Leon was widely damaged in the 1972 earthquake and Nicaraguan revolution in 1979, many buildings are still pockmarked from bullet holes left from the war. But the city is experiencing a bit of a revival because of the proximity of the beaches of Poneloya, Las Senitas Nicaragua, about 10 miles from Leon. Nicaragua's Pacific beaches are relatively undiscovered. Small hotels and rental homes are starting to be developed but there is nothing like the rampant commercial development of Mexico's Pacific beaches. PHOTO BY JACK KURTZ 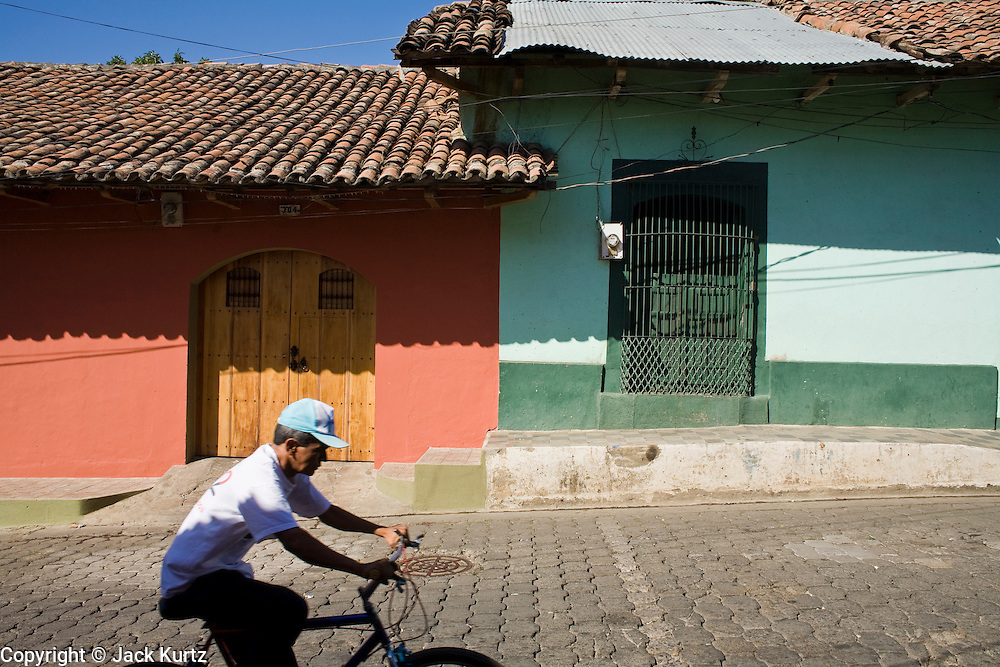