23 JUNE 2016 - MAHACHAI, SAMUT SAKHON, THAILAND: Burmese migrant workers block a road in Samut Sakhon while they wait for Aung San Suu Kyi to arrive. They were upset because they couldn't get in to the venue to Suu Kyi. They stopped several busses of invited guests from using the main road in to the venue. Tens of thousands of Burmese migrant workers, most employed in the Thai fishing industry, live in Samut Sakhon. Aung San Suu Kyi, the Foreign Minister and State Counsellor for the government of Myanmar (a role similar to that of Prime Minister or a head of government), is on a state visit to Thailand. Even though she and her party won the 2015 elections by a landslide, she is constitutionally prohibited from becoming the President due to a clause in the constitution as her late husband and children are foreign citizens PHOTO BY JACK KURTZ 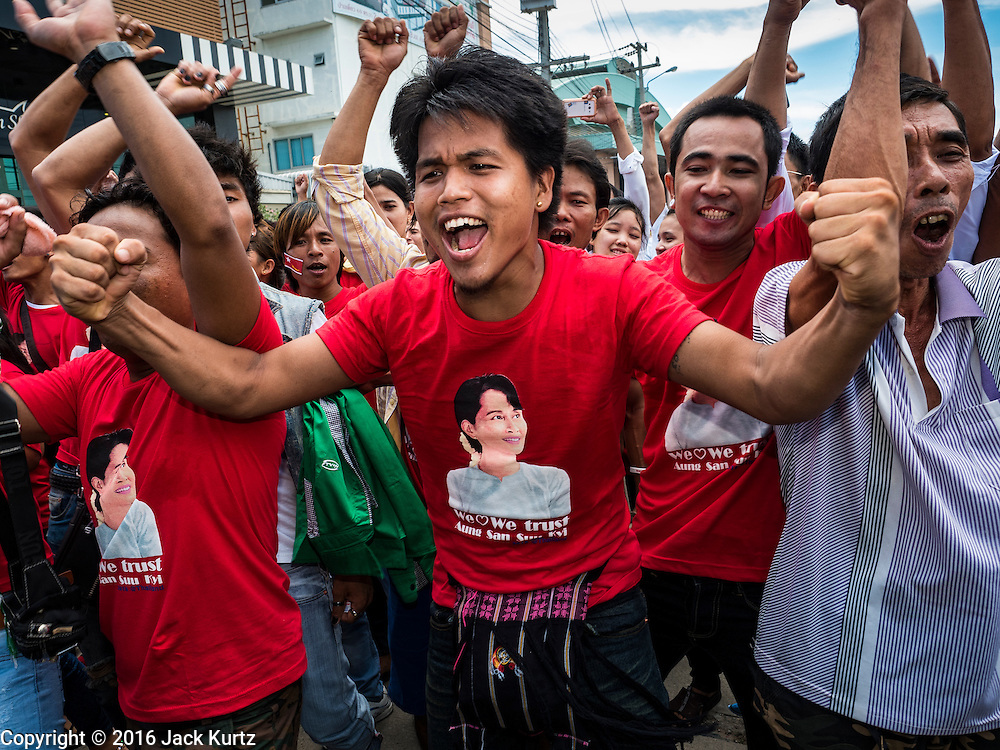