Sept. 29, 2009 -- BAAN TROKBON, THAILAND: Some of the women Rangers pose for a photo in front of their command tent. The 39 women in the 44th Army Ranger Regiment are the only Thai women seeing front line active duty against Moslem insurgents in Thailand's deep south provinces of Pattani, Narathiwat and Yala. All of the other women serving in Thai security services are employed as office and clerical workers. The Ranger women are based at the Ranger camp in the Buddhist village of Baan Trokbon in Sai Buri district of Pattani province. The unit was formed in 2006 after Muslims complained about the way Thai soldiers, all men, treated Muslim women at roadblocks and during security sweeps. The women are frequently called upon to back up Thai regular army units when they are expected to encounter a large number of Muslim women. At least two of the women have been killed by Muslim insurgents. The unit has both Muslim and Buddhist members. Many of the women in the unit joined after either their fathers or husbands were killed by insurgents. Photo by Jack Kurtz / ZUMA Press 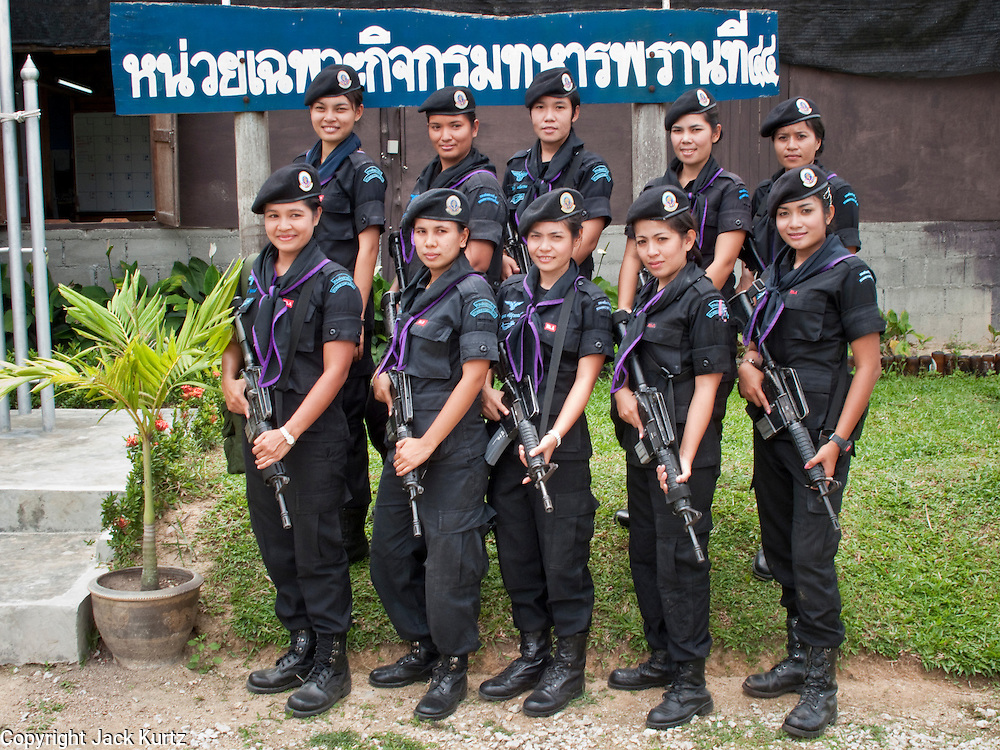