24 APRIL 2014 - CHIANG SAEN, CHIANG RAI, THAILAND: A firefighter tries to attack a wildfire that was started by a farmer clearing his land in Chiang Rai province, Thailand. Farmers in Thailand and neighboring Laos and Myanmar still practice "slash and burn" agriculture, burning out their fields in February, March and April before the start of the rainy season. The Thai government is trying to put a stop to the practice in Thailand but farmers continue to burn. Chiang Rai province in northern Thailand is facing a drought this year. The 2014 drought has been brought on by lower than normal dry season rains. At the same time, closing dams in Yunnan province of China has caused the level of the Mekong River to drop suddenly exposing rocks and sandbars in the normally navigable Mekong River. Changes in the Mekong's levels means commercial shipping can't progress past Chiang Saen. Dozens of ships are tied up in the port area along the city's waterfront. PHOTO BY JACK KURTZ 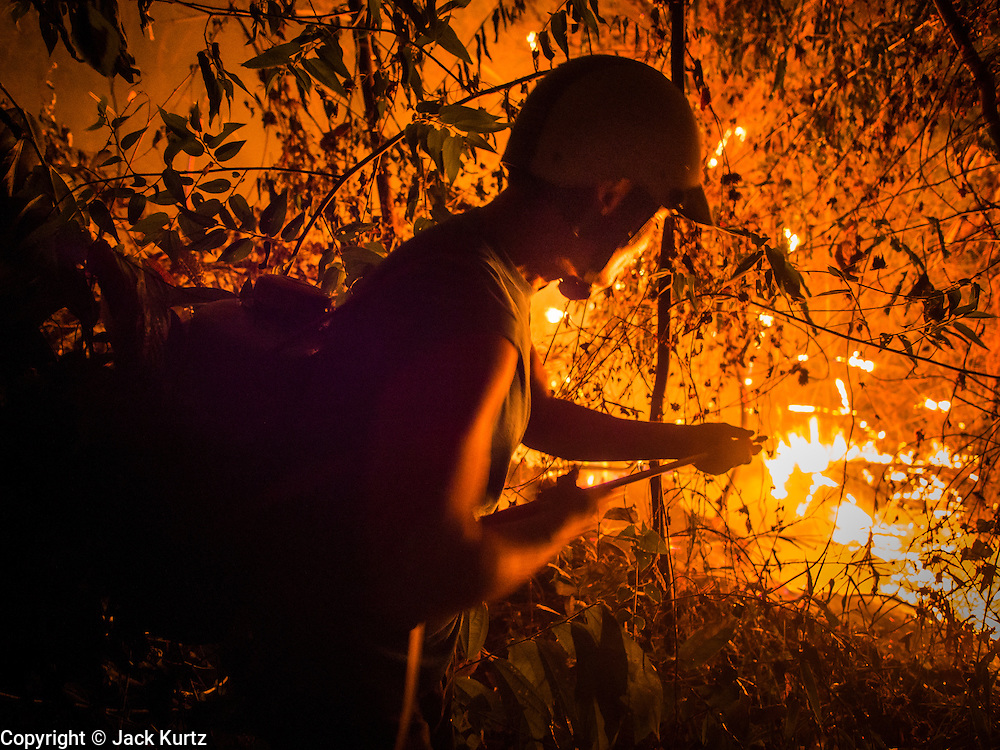