Jan. 12, 2009 -- PHOENIX, AZ: Governor JANET NAPOLITANO, right, talks to family and supporters during a reception in her office before she delivered her last Arizona State of the State to the State Legislature Monday. Arizona Governor Janet Napolitano has been nominated by Persident Elect Barack Obama to be the Secretary of Homeland Security, she delivered her last State of the State Monday. She leaves for Washington DC Tuesday, Jan 13 and is expected to be confirmed by the US Senate Jan 20. She will resign as Governor after she is approved by the Senate. Photo By Jack Kurtz / ZUMA Press 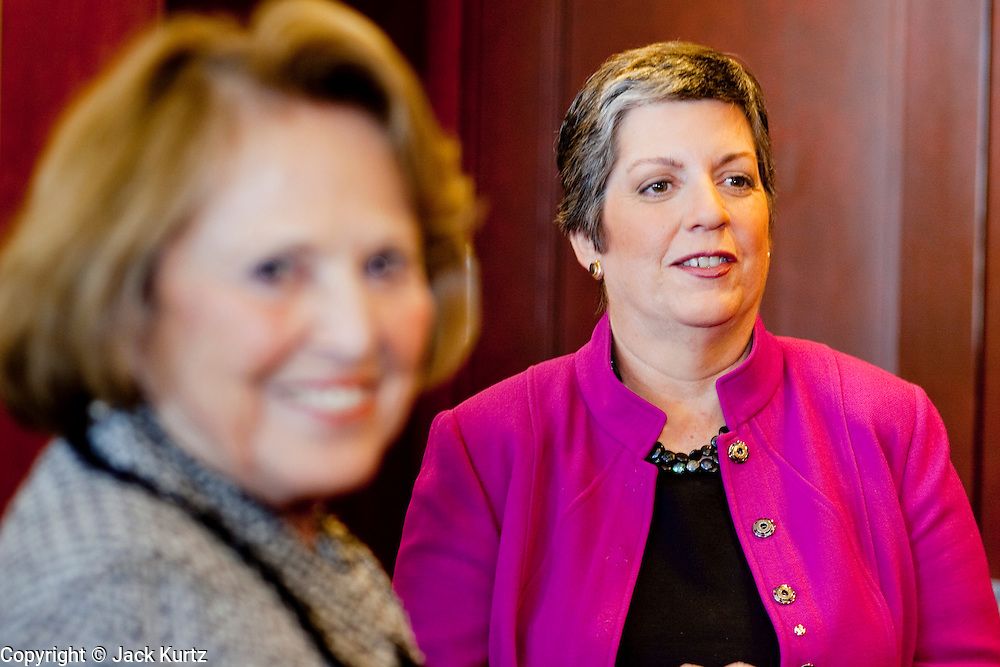