18 NOVEMBER 2015 - BANGKOK, THAILAND: Men in traditional Brahmin's priest outfits carry a red cloth inscribed with prayers during the Wat Saket temple fair parade marking the start of the temple's annual fair. Wat Saket is on a man-made hill in the historic section of Bangkok. The temple has golden spire that is 260 feet high which was the highest point in Bangkok for more than 100 years. The temple construction began in the 1800s in the reign of King Rama III and was completed in the reign of King Rama IV. The annual temple fair is held on the 12th lunar month, for nine days around the November full moon. During the fair a red cloth (reminiscent of a monk's robe) is placed around the Golden Mount while the temple grounds hosts Thai traditional theatre, food stalls and traditional shows. PHOTO BY JACK KURTZ 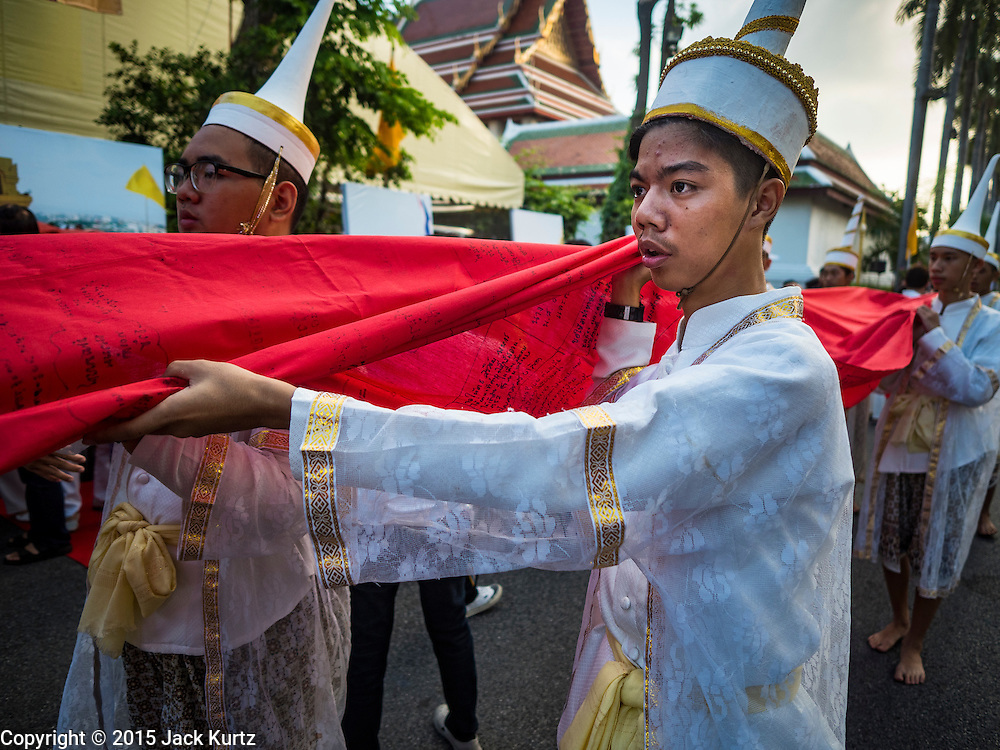