02 MARCH 2017 - SANKHU, NEPAL: Women do their laundry, while others line up for drinking water at a public tap in front of a storage depot for construction and rebuilding supplies in Sankhu. There is more construction and rebuilding going on in Sankhu, west of central Kathmandu, than in many other parts of the Kathmandu Valley nearly two years after the earthquake of 25 April 2015 that devastated Nepal. In some villages in the Kathmandu valley workers are working by hand to remove ruble and dig out destroyed buildings. About 9,000 people were killed and another 22,000 injured by the earthquake. The epicenter of the earthquake was east of the Gorka district. PHOTO BY JACK KURTZ 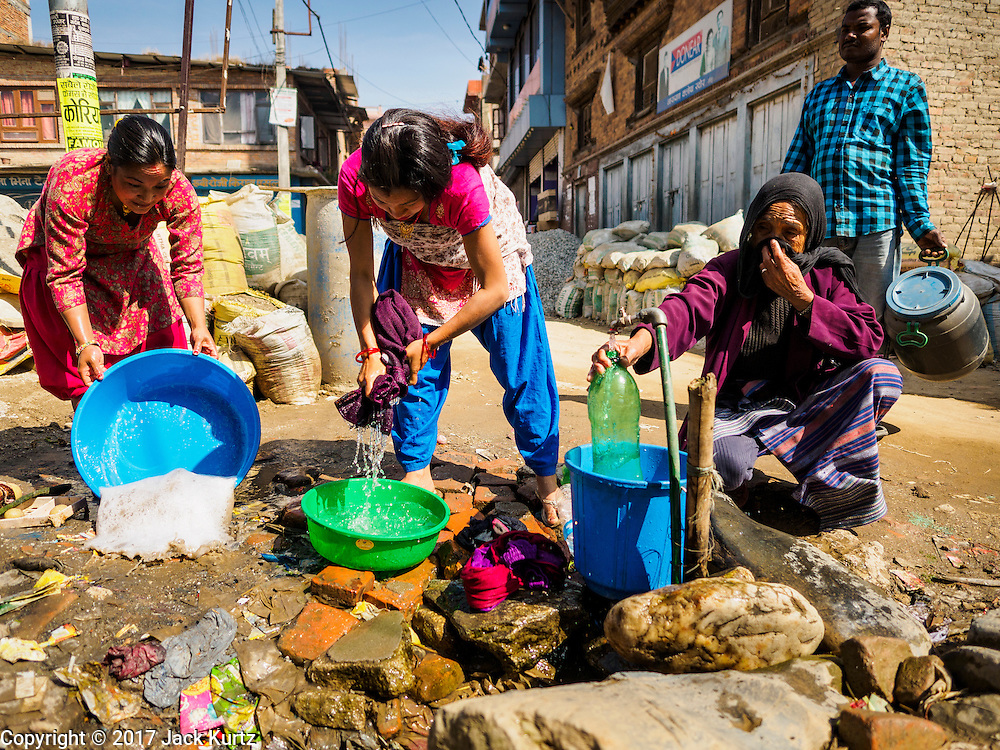