18 AUGUST 2011 - PHOENIX, AZ: Dust from a "haboob" blots out the sun over a residential section of Phoenix Thursday. A haboob (Arabic for "strong wind") is a type of intense duststorm commonly observed in arid regions throughout the world. They have been observed in the Sahara desert, the Arabian Peninsula, throughout Kuwait, and most arid regions of Iraq. In the USA, they are frequently observed in the deserts of Arizona, including Yuma and Phoenix, as well as New Mexico and Texas. "Haboob" has been widely used to describe dust storms for more than a generation In Arizona but this year the very word "haboob" has become a political football because some conservatives have lobbied against use of the word, favoring English words, like "dust storm." PHOTO BY JACK KURTZ 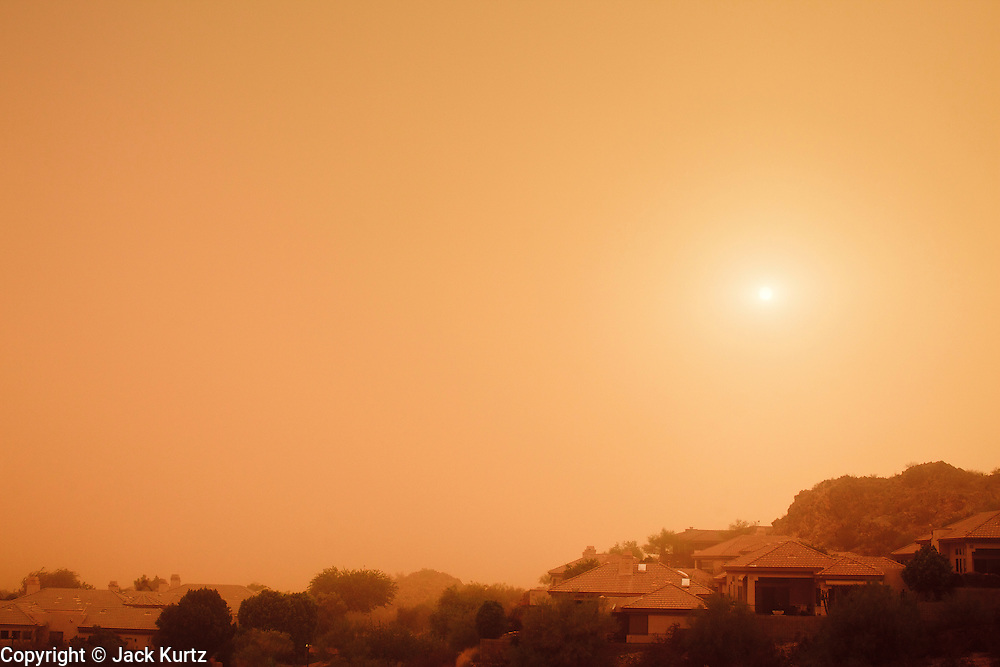