16 JANUARY 2015 - BANGKOK, THAILAND: Performers with the Sai Yong Hong Teochew Opera Troupe help each other get ready for a performance at the Chaomae Thapthim Shrine, a Chinese shrine in a working class neighborhood of Bangkok near the Chulalongkorn University campus. They don't have dressing rooms per se, instead setting up their make up tables right on the sidewalk. The troupe's nine night performance at the shrine is an annual tradition and is the start of the Lunar New Year celebrations in the neighborhood. Lunar New Year, also called Chinese New Year, is officially February 19 this year. Teochew opera is a form of Chinese opera that is popular in Thailand and Malaysia. PHOTO BY JACK KURTZ 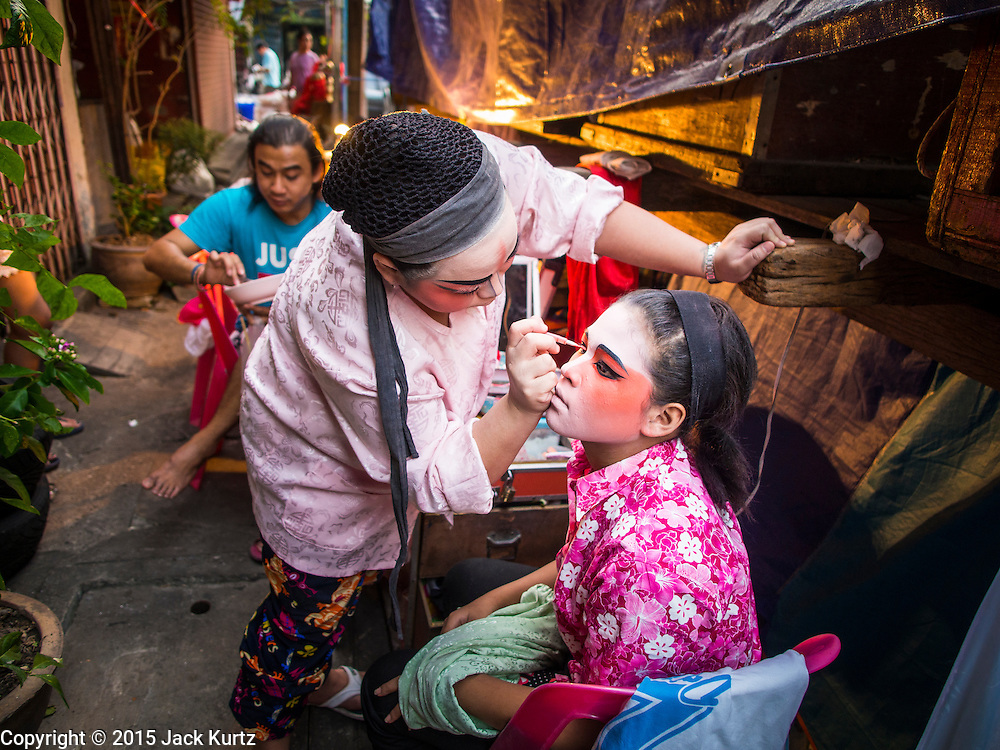