12 JANUARY 2009 -- PHOENIX, AZ: Jacquee Wright (CQ) LEFT, of the Governor's staff, and Gov Janet Napolitano joke with each other in the Governor's office Monday before she delivered her State of the State address. Arizona Governor Janet Napolitano delivered her last State of the State Monday. She has been nominated to be Secretary of Homeland Security by US President-Elect Barack Obama is expected to be approved by the US Senate next week. She is expected to resign as Arizona Governor after she is approved by the Senate. PHOTO BY JACK KURTZ 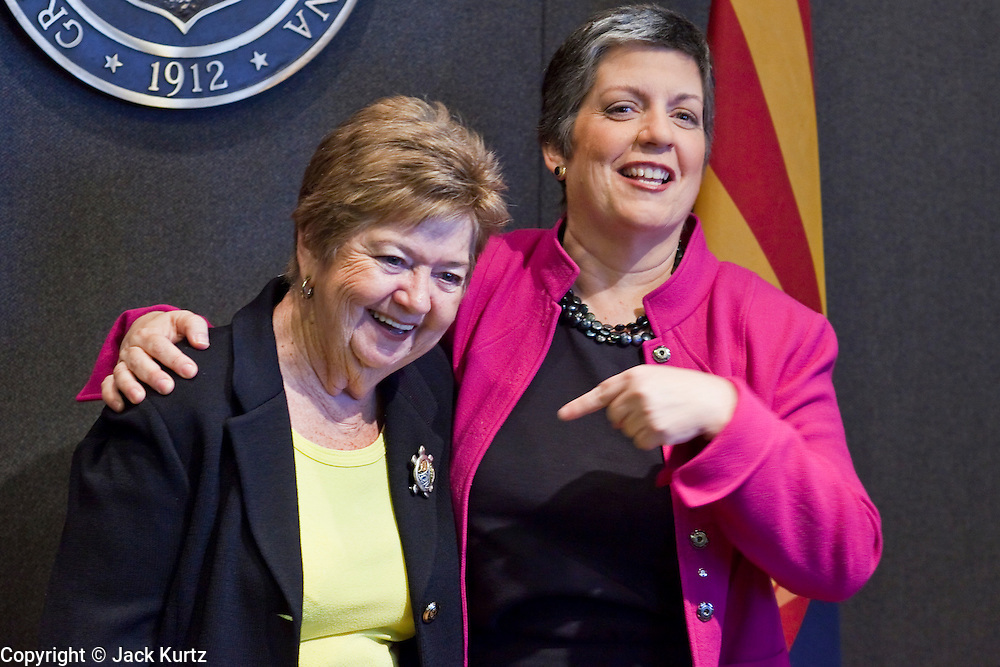