22 APRIL 2017 - ST. PAUL, MN: Volunteers put together a mastadon that participated in the March for Science in St. Paul. The mastadon was a huge puppet, people in it moved it by manipulating the legs and trunk. More than 10,000 people marched from the St. Paul Cathedral to the Minnesota State Capitol in St. Paul during the March for Science. March organizers said the march was non-partisan and was to show support for the sciences, including the sciences behind climate change and vaccines. PHOTO BY JACK KURTZ 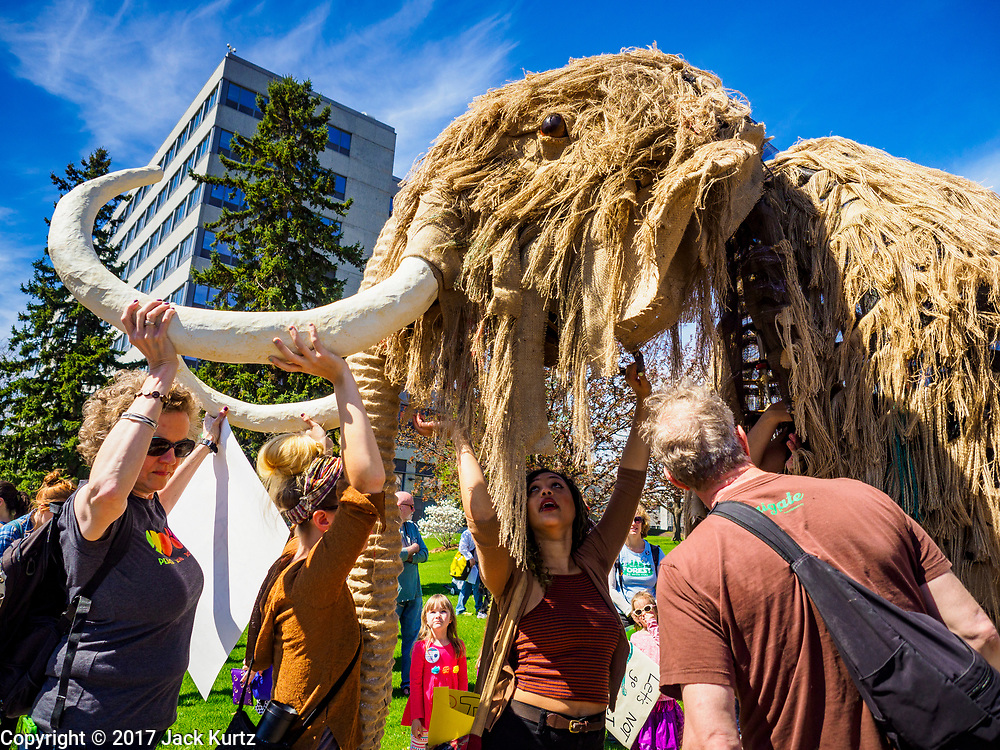