17 OCTOBER 2011 - PHOENIX, AZ: A protester sleeps on the sidewalk while other Occupy Phoenix protesters start moving around early Monday in Phoenix. About 40 people spent Sunday night on the sidewalks around the Cesar Chavez Plaza in Phoenix, AZ, the defacto headquarters of the Occupy Phoenix protest. Early Monday morning they got up to continue their chants and protests against Wall Street, the growing income gap between rich and poor in the US, and money in politics. Monday marks the third day of Occupy Phoenix. PHOTO BY JACK KURTZ 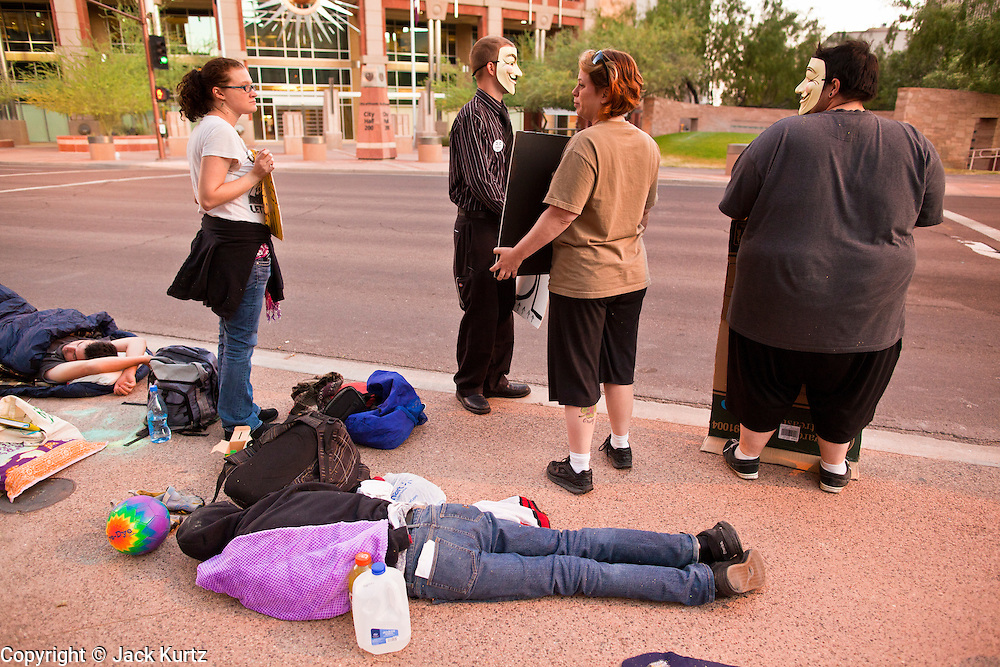