20 JUNE 2017 - BANGKOK, THAILAND: Men fish from the deck of the Krung Thon Bridge with homes scheduled for demolition in a community along the Chao Phraya River south of Krung Thon Bridge. This is one of the first parts of the riverbank that is scheduled to be redeveloped. The communities along the river don't know what's going to happen when the redevelopment starts. The Chao Phraya promenade is development project of parks, walkways and recreational areas on the Chao Phraya River between Pin Klao and Phra Nang Klao Bridges. The 14 kilometer long promenade will cost approximately 14 billion Baht (407 million US Dollars). The project involves the forced eviction of more than 200 communities of people who live along the river, a dozen riverfront temples, several schools, and privately-owned piers on both sides of the Chao Phraya River. Construction is scheduled on the project is scheduled to start in early 2016. There has been very little public input on the planned redevelopment. The Thai government is also cracking down on homes built over the river, such homes are said to be in violation of the "Navigation in Thai Waters Act." Owners face fines and the possibility that their homes will be torn down. PHOTO BY JACK KURTZ 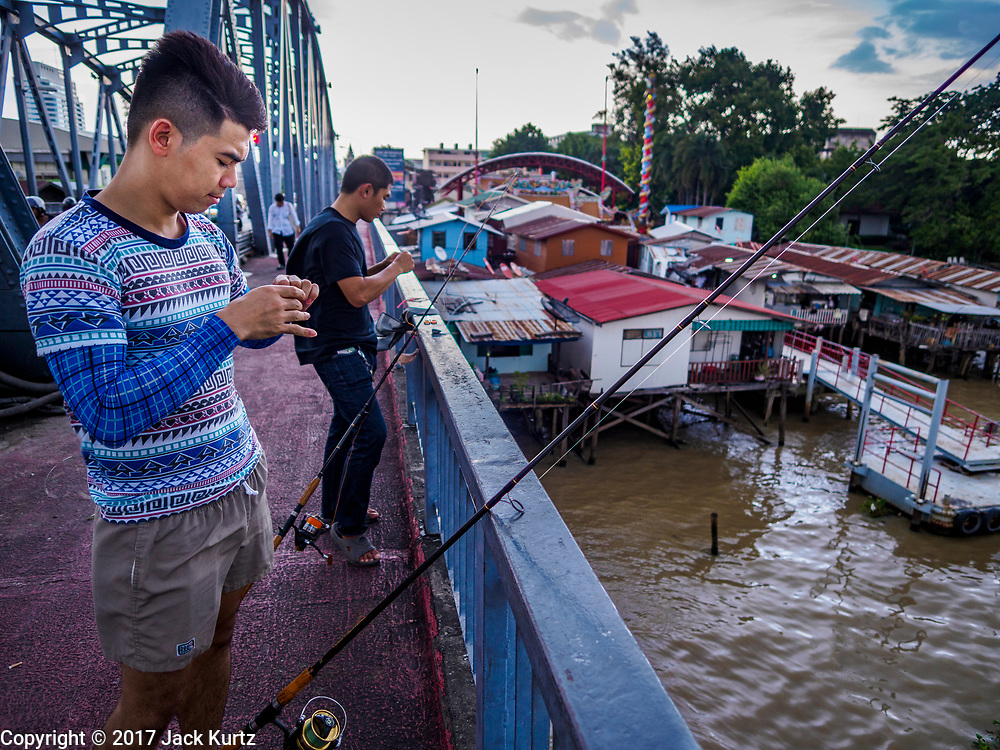