10 JULY 2011 - AMPHAWA, SAMUT SONGKRAM, THAILAND: A Buddhist monk from Wat Amphawan Chetiyaram in Amphawa, Thailand, about 90 minutes south of Bangkok, collects alms from people "making merit" on the main canal during his alms round. Most of the monks from the temple use boats to go from house to house on their alms rounds. The Thai countryside south of Bangkok is crisscrossed with canals, some large enough to accommodate small commercial boats and small barges, some barely large enough for a small canoe. People who live near the canals use them for everything from domestic water to transportation and fishing. Some, like the canals in Amphawa and nearby Damnoensaduak (also spelled Damnoen Saduak) are also relatively famous for their "floating markets" where vendors set up their canoes and boats as floating shops. PHOTO BY JACK KURTZ 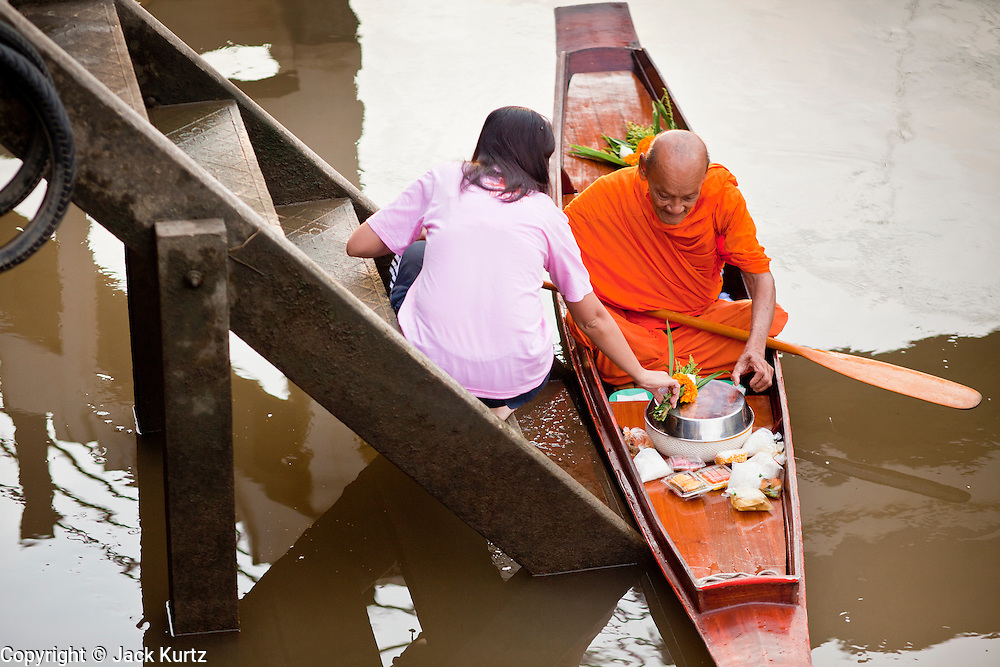