03 AUGUST 2016 - BANGKOK, THAILAND: TAWATCHAI VORAMAHAKUN, right gesturing, a community historian and leader in the Pom Mahakan slum, talks to WALLOP TANGKANA-NURAK, left, chairman of the National Legislative Assembly's (NLA) housing extraordinary committee, and other members of the NLA during a tour of the slum. Residents of the slum have been told they must leave the fort and that their community will be torn down. The community is known for fireworks, fighting cocks and bird cages. Mahakan Fort was built in 1783 during the reign of Siamese King Rama I. It was one of 14 fortresses designed to protect Bangkok from foreign invaders. Only of two are remaining, the others have been torn down. A community developed in the fort when people started building houses and moving into it during the reign of King Rama V (1868-1910). The land was expropriated by Bangkok city government in 1992, but the people living in the fort refused to move. In 2004 courts ruled against the residents and said the city could take the land. Eviction notices have been posted in the community and people given until April 30 to leave, but most residents have refused to move. Residents think Bangkok city officials will start evictions around August 15, but there has not been any official word from the city. PHOTO BY JACK KURTZ 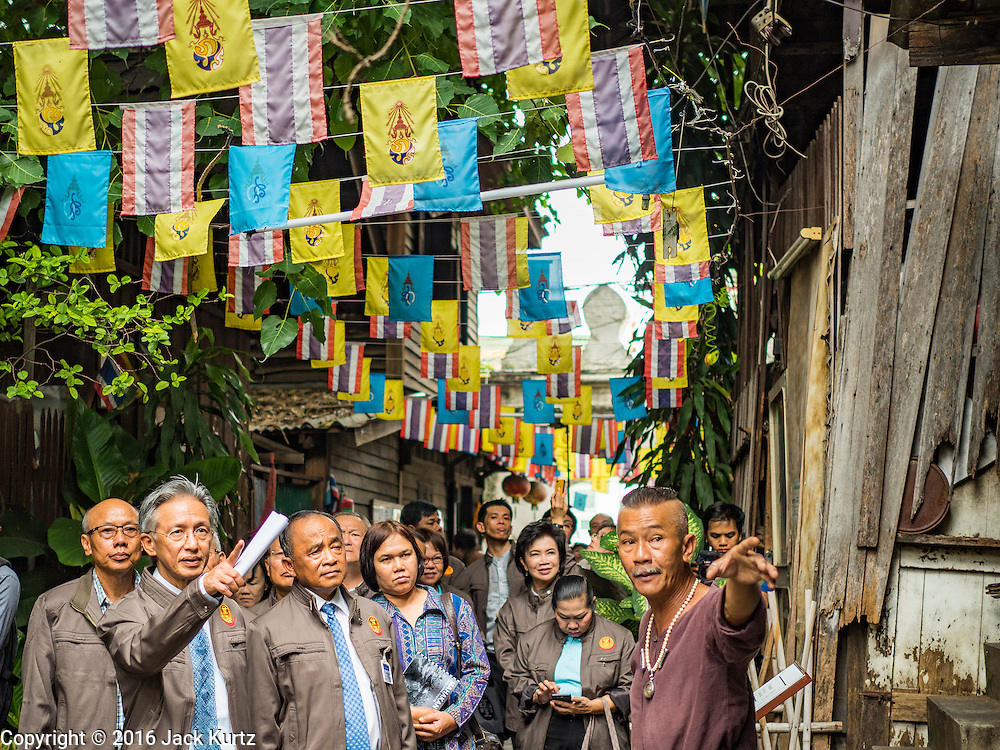