13 APRIL 2013 - BANGKOK, THAILAND: A man prays after he made merit by washing the hands of an elderly woman in scented water during a Songkran observance at Bangkok City Hall. The Songkran tradition of throwing water on people started with the traditional hand washing. Songkran is the traditional Thai New Year's Festival. It is held April 13-16. Many Thais mark the holiday by going to temples and making merit by giving extra alms to monks or offering extra prayers. They also mark Songkran with joyous water fights. Songkran has been a national holiday since 1940, when Thailand moved the first day of the year to January 1. PHOTO BY JACK KURTZ 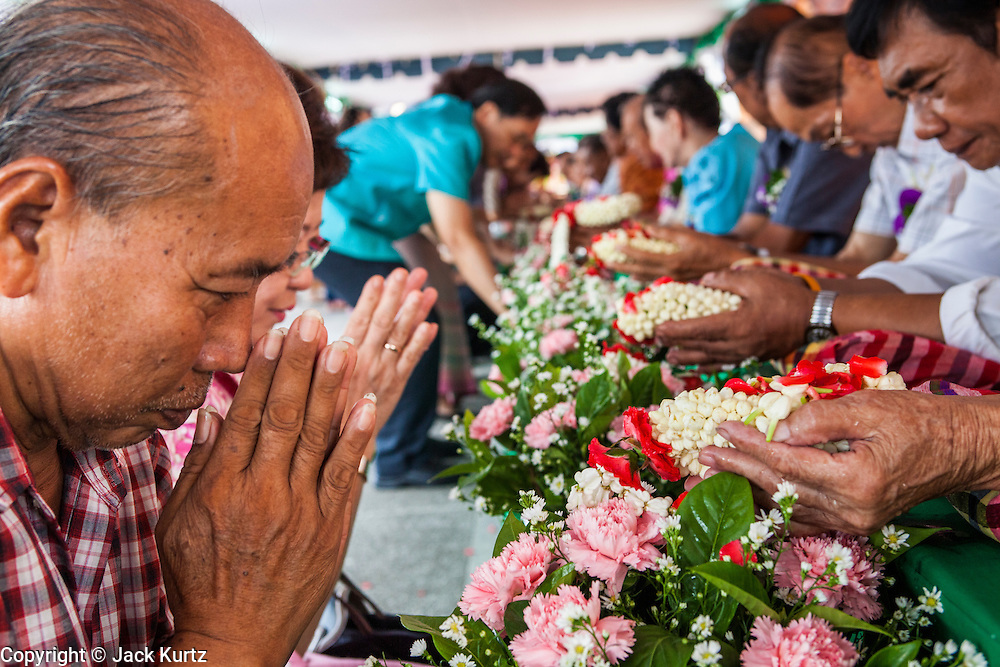