01 DECEMBER 2013 - BANGKOK, THAILAND: Thai anti-government protestors run past one of their own barricades and through a cloud of tear gas in Bangkok. Thousands of anti-government Thais confronted riot police at Phanitchayakan Intersection, where Rama V and Phitsanoluk Roads intersect, next to Government House (the office of the Prime Minister). Protestors threw rocks, cherry bombs, small explosives and Molotov cocktails at police who responded with waves of tear gas and chemical dispersal weapons. At least four people were killed at a university in suburban Bangkok when gangs of pro-government and anti-government demonstrators clashed. This is the most serious political violence in Thailand since 2010. PHOTO BY JACK KURTZ 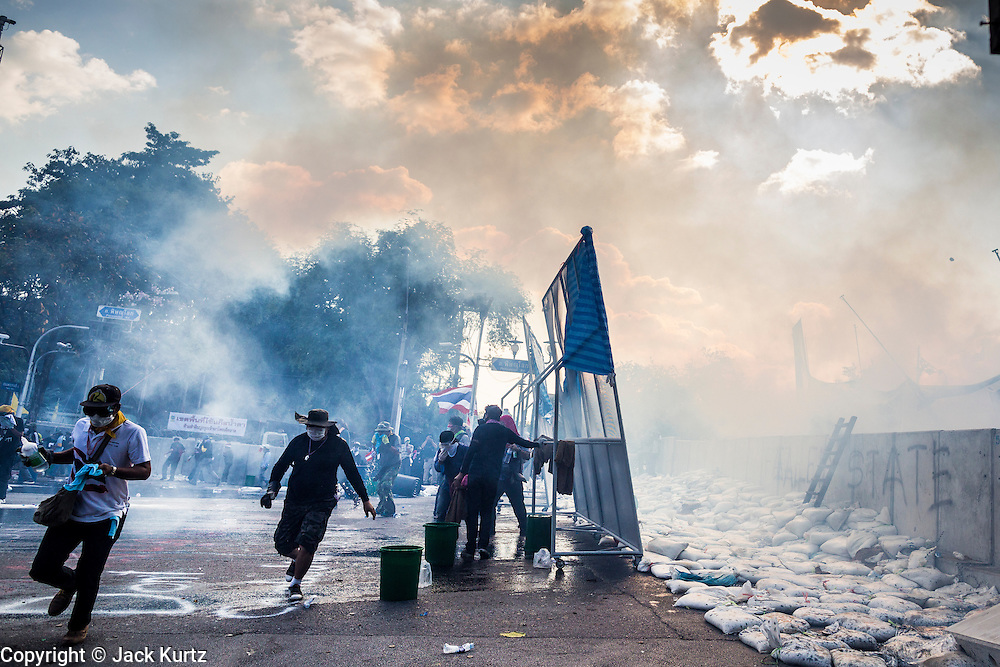