29 OCTOBER 2019 - DES MOINES, IOWA: A dusting of snow on the grounds of the Iowa State Capitol with the state capitol reflected in the Henry Wallace Building, an Iowa state office building in the background. An unseasonably early dusting of snow, less than 1 inch, blanketed the Des Moines area Tuesday morning. The snow did not accumulate on roads or sidewalks and did not impact the morning commute. Des Moines normally gets its first accumulation of snow in mid-November. More snow is expected later this week. PHOTO BY JACK KURTZ 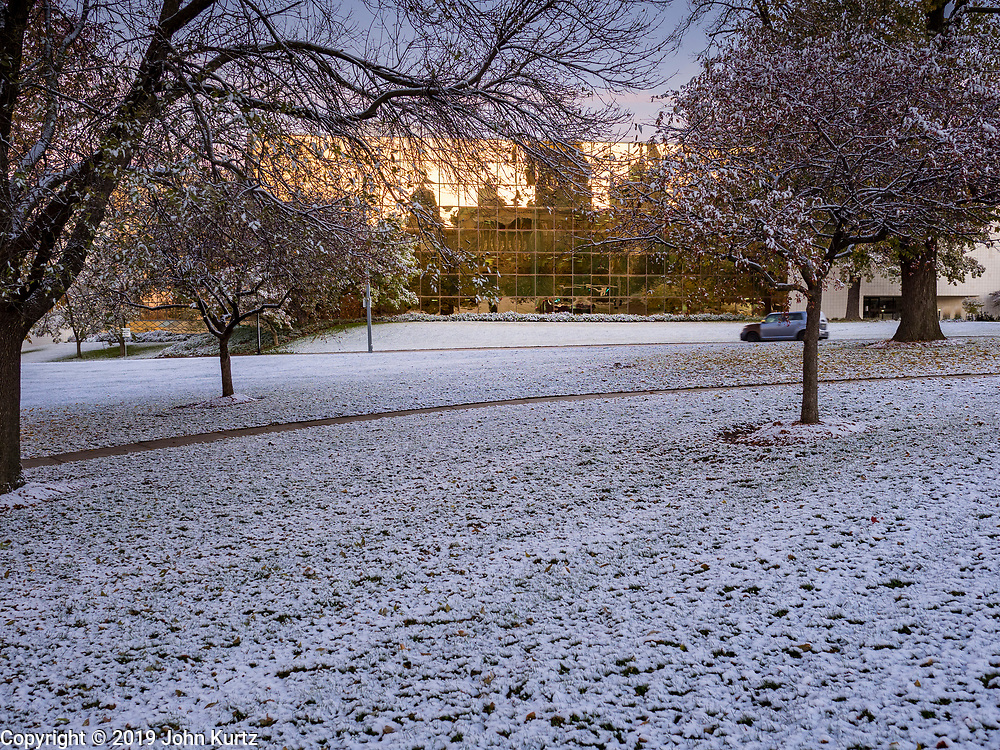