17 JUNE 2020 - NORWALK, IOWA: Supporters of Black Lives Matter hold up their hands and chant "hands up, don't shoot" during a march in Norwalk. About 400 supporters of Black Lives Matter marched through Norwalk, IA, an upper class suburb of Des Moines Wednesday. Norwalk has a population of about 10,000 and, according to the US Census Bureau, is 97 percent white. The marchers were protesting police violence against people of color. The march was a reaction to the police killing of George Floyd in Minneapolis in May. The march was peaceful. PHOTO BY JACK KURTZ 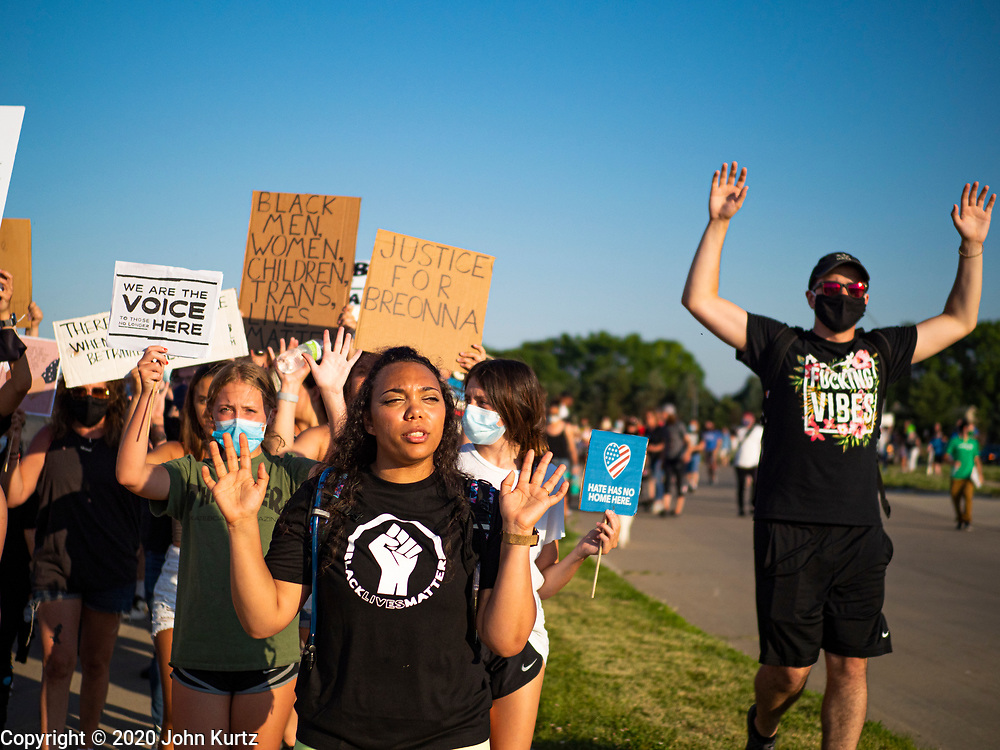