08 OCTOBER 2013 - PHOENIX, AZ: Members of an interservice honor guard unit fold an American flag during a ceremony honoring the cremated remains of US military veterans at the National Memorial Cemetery in Phoenix. The cremated remains of 36 unclaimed US military veterans were interred at the National Memorial Cemetery in Phoenix. Members of the US military and several hundred veterans of the US military attended the service, which was a part of the Missing In America Project (MIAP). PHOTO BY JACK KURTZ 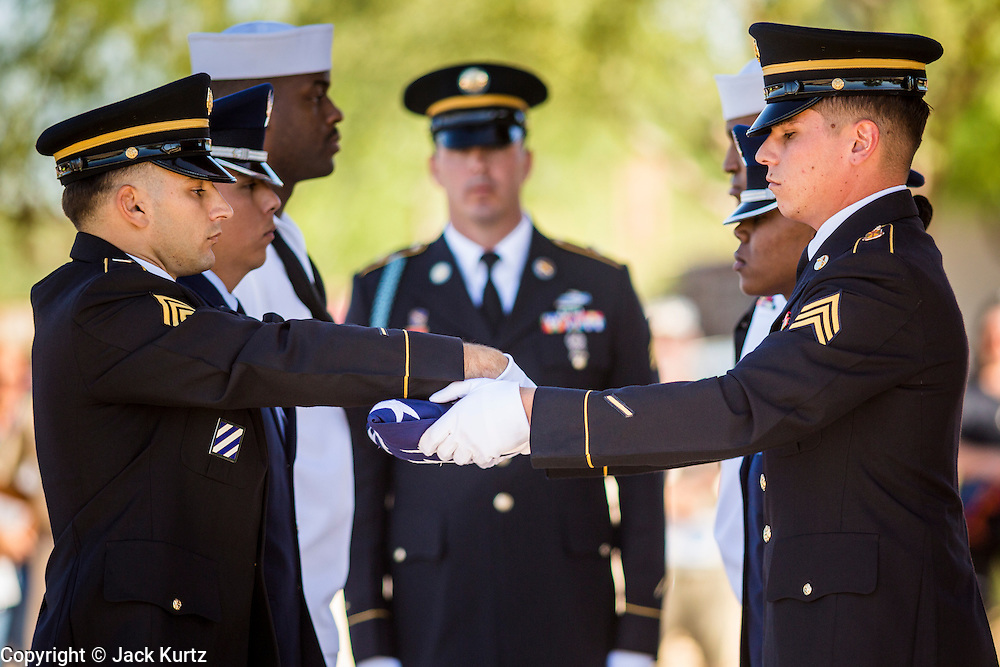