26 AUGUST 2013 - BANGKOK, THAILAND: A man burns the receipt he received after donating a coffin to the Poh Teck Tung Foundation for Hungry Ghost Month in Bangkok. Burning the receipt, which is a form of Ghost Money, is a part of the ritual of donating coffins. Poh Teck Tung operates hospitals and schools and provides assistance to the poor in Thailand. The seventh lunar month (August - September in 2013) is when the Chinese community believes that hell’s gate will open to allow spirits to roam freely in the human world for a month. Many households and temples will hold prayer ceremonies throughout the month-long Hungry Ghost Festival (Phor Thor) to appease the spirits. During the festival, believers will also worship the Tai Su Yeah (King of Hades) in the form of paper effigies which will be “sent back” to hell after the effigies are burnt. PHOTO BY JACK KURTZ 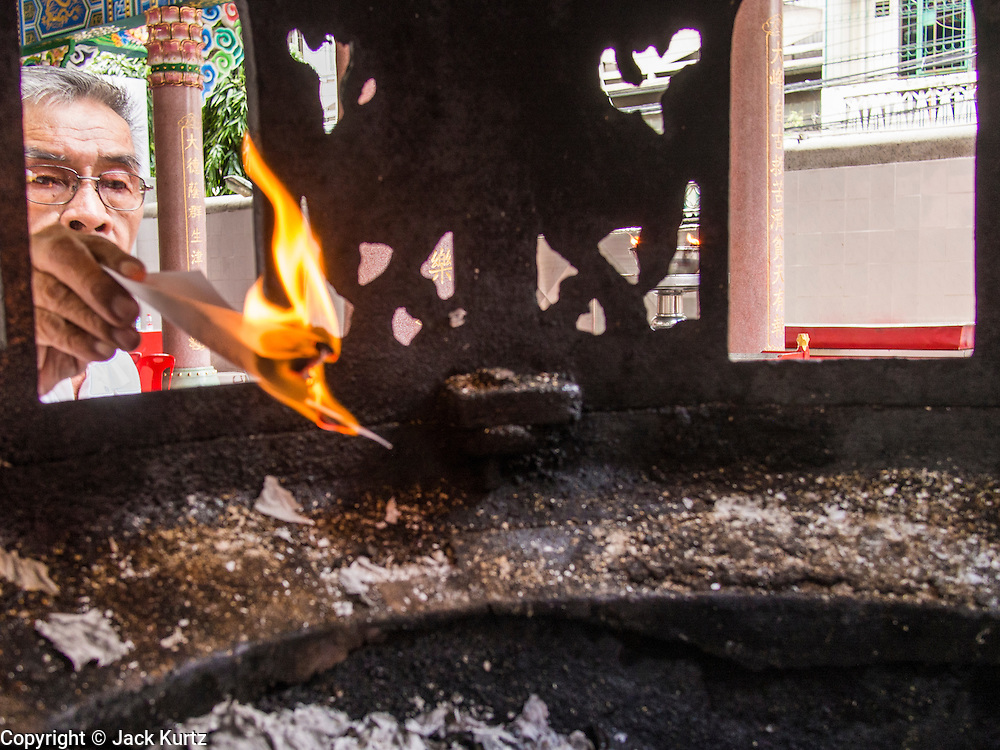