29 FEBRUARY 2016 - BANGKOK, THAILAND: Workers unload lettuce in the produce section of the Bangkok flower market. Many of the sidewalk vendors around Pak Khlong Talat, the Bangkok flower market, closed their stalls Monday. As a part of the military government sponsored initiative to clean up Bangkok, city officials announced new rules for the sidewalk vendors that shortened their hours and changed the regulations they worked under. Some vendors said the new rules were confusing and too limiting and most vendors chose to close Monday rather than risk fines and penalties. Many hope to reopen when the situation is clarified. PHOTO BY JACK KURTZ 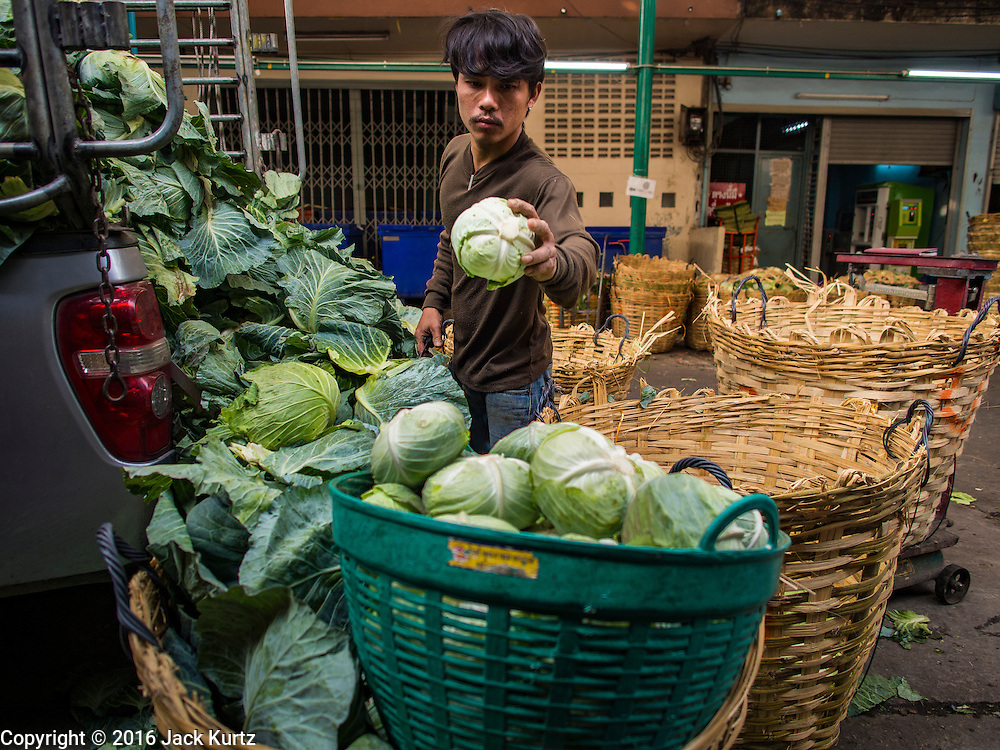