28 JANUARY 2018 - LEGAZPI, ALBAY, PHILIPPINES: Parents get coupons for free children's meals during an activity organized by Jollibee, a Filipino fast food outlet, at the evacuation shelter for people from Barangay (community) Matanag in Albay Central School in Legazpi. People from the community have been in the shelter since Mayon volcano started erupting two weeks ago. There are about 500 families at the shelter, around 2,000 people. More than 80,000 people have been evacuated from communities around the volcano and are living in shelters and camps outside of the evacuation zone. The Philippine government is preparing to house the people for up to three months. PHOTO BY JACK KURTZ 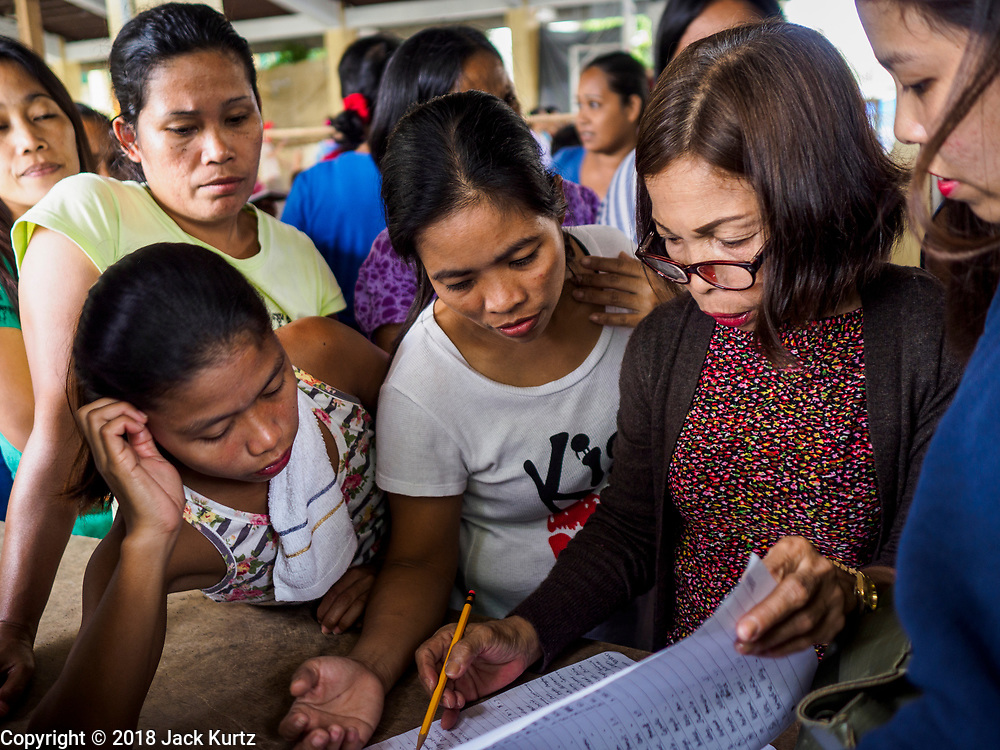