29 SEPTEMBER 2005 - SIERRA VISTA, AZ: A contract worker tows a US Customs and Border Protection Predator to the flight line at Ft. Huachuca, in Sierra Vista, AZ. The Predator is an Unmanned Aerial Vehicle used by the Border Patrol for surveillance along the Arizona stretch of the US/Mexico border. The aircraft are flown along the US Mexico border by US Border Patrol agents based in Texas and Arizona. The U.S. Customs and Border Protection (CBP) agency flies thePredator drones at an altitude of 15,000 feet for policing immigration, drug smugglers and terrorists along the U.S.-Mexico border. PHOTO BY JACK KURTZ 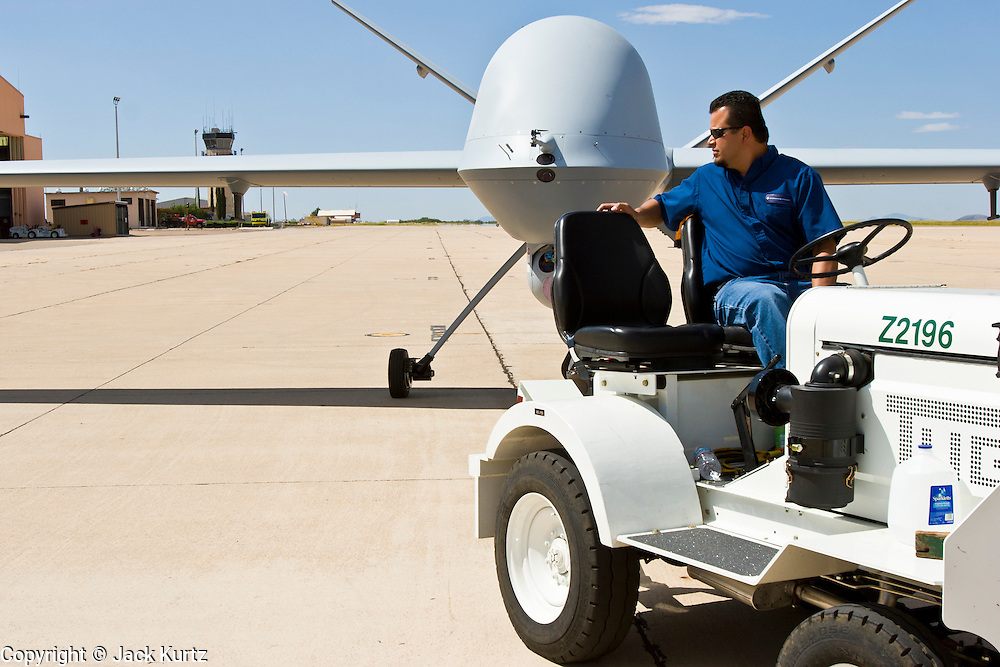