02 JULY 2011 - BANGKOK, THAILAND: Woman on the platform in the Nana Station on the Sukhumvit line of the Bangkok Sky Train wait to board a train headed for central Bangkok. The Bangkok Mass Transit System, commonly known as the BTS Skytrain, is an elevated rapid transit system in Bangkok, Thailand. It is operated by Bangkok Mass Transit System Public Company Limited (BTSC) under a concession granted by the Bangkok Metropolitan Administration (BMA). The system consists of twenty-three stations along two lines: the Sukhumvit line running northwards and eastwards, terminating at Mo Chit and On Nut respectively, and the Silom line which plies Silom and Sathon Roads, the Central Business District of Bangkok, terminating at the National Stadium and Wongwian Yai. The lines interchange at Siam Station and have a combined route distance of 55 km. PHOTO BY JACK KURTZ 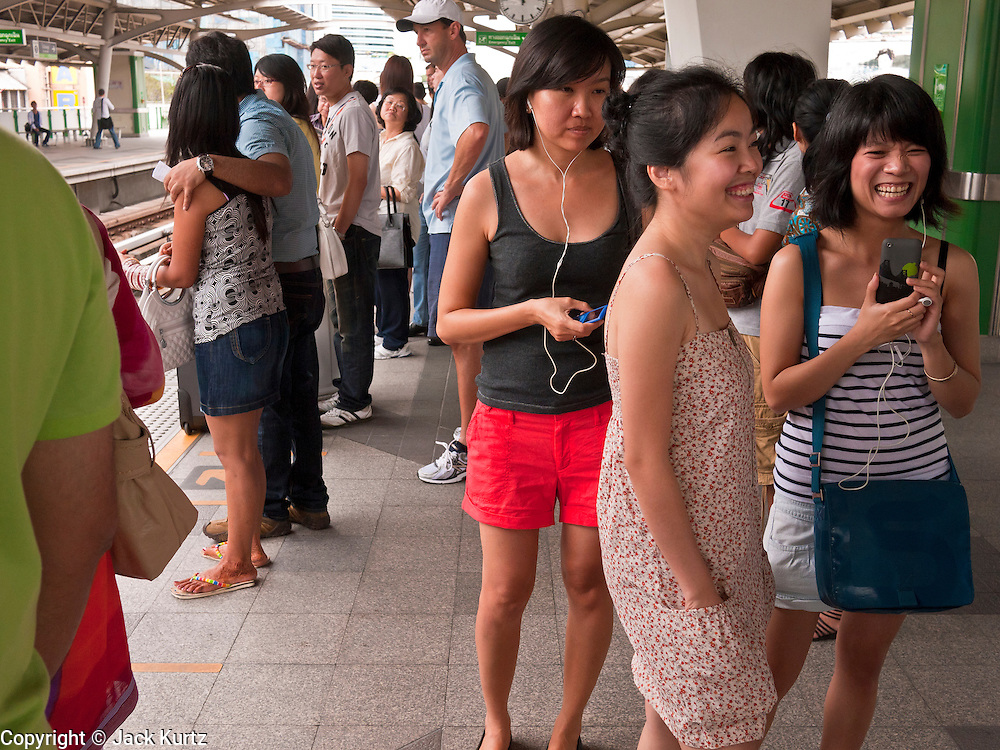