09 JANUARY 2007 - GRANADA, NICARAGUA: A fruit vendor in front of the old train station in Granada, Nicaragua. Granada, founded in 1524, is one of the oldest cities in the Americas. Granada was relatively untouched by either the Nicaraguan revolution or the Contra War, so its colonial architecture survived relatively unscathed. It has emerged as the heart of Nicaragua's tourism revival. The trains no longer run in Nicaragua and the station is now government offices. PHOTO BY JACK KURTZ 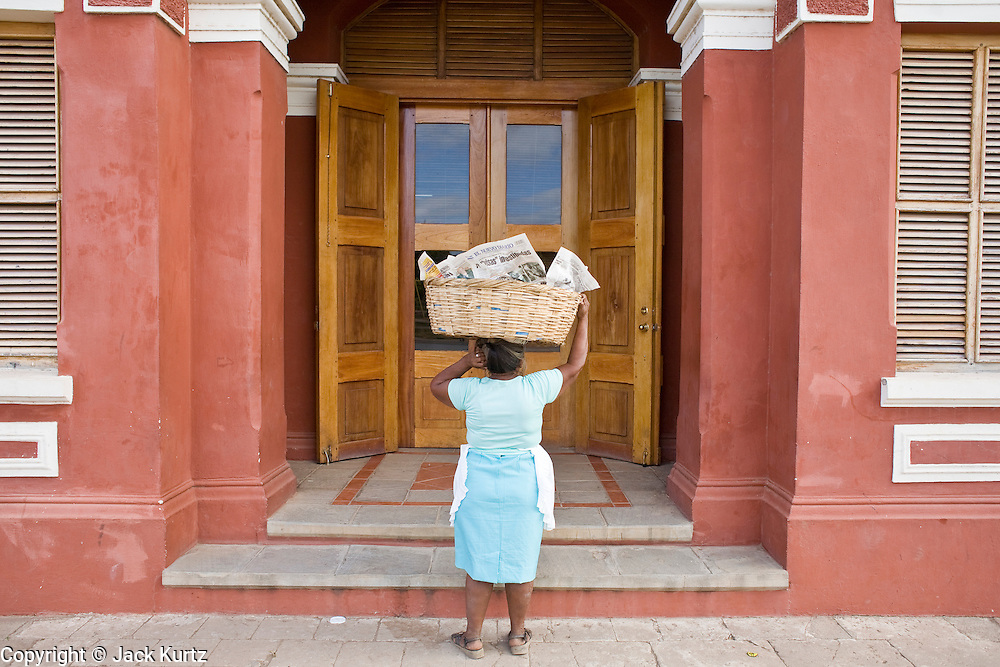