31 AUGUST 2007 -- PHOENIX, AZ: A competitor participates in the cala de caballo, which tests the rider's control of the horse. In this event, the charro, a Mexican cowboy, puts his horse through various commands - controlled slide; left and right half, full, and triple turns; dismount and mount; and reverse walk at the Congreso y Campeonato Nacional Charro in Phoenix, AZ, Friday, August 31. The event is the US championship for the Mexican Federacion Mexicana de Charreria. The winners of the US championship go on to compete in the Mexican Charreada championships in Morelia, Michoacan, Mexico in October. Charreadas are Mexican style rodeos that are popular in Mexican communities throughout the US. As the Mexican immigrant community has expanded throughout the US, the sport has expanded with it. Charreadas are now held as far north as Minnesota and along the US - Mexico border. Photo by Jack Kurtz 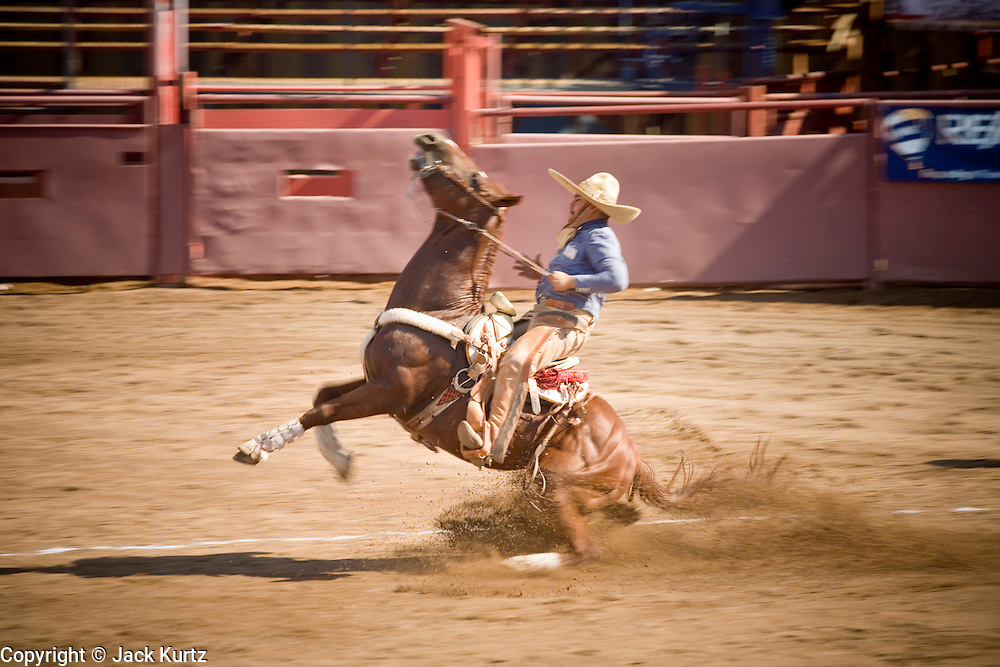